Rohit Sharma has scored two centuries in the series so far. 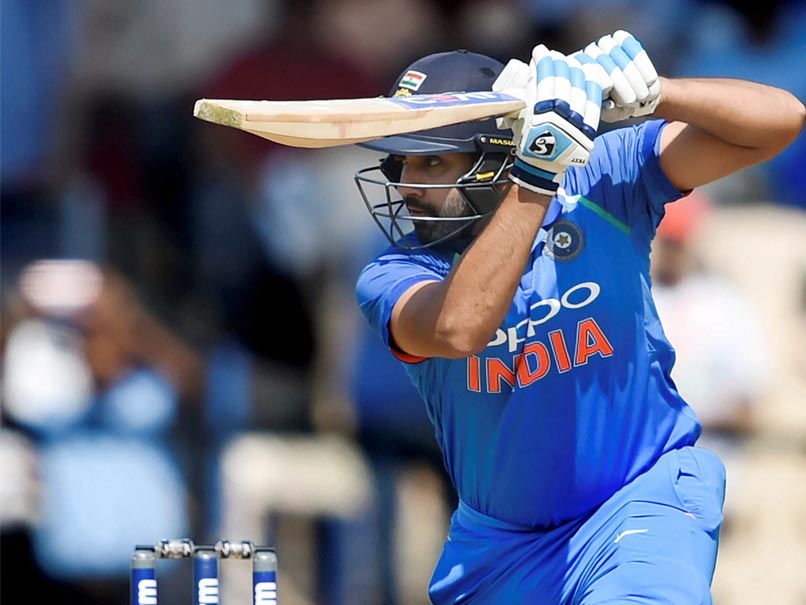 Rohit Sharma scored his 21st ODI hundred against the Windies in Mumbai.© AFP

India opener Rohit Sharma scored his 21st One-day International (ODI) century during the fourth ODI against the Windies at the Brabourne Stadium in Mumbai on Monday. Rohit reached the coveted three-figure mark off 98 balls in the 33rd over. En route his century, Rohit hit 13 boundaries and one six. With the five-match series tied at 1-1, India captain Virat Kohli won the toss and elected to bat. Indian openers Rohit and Shikhar Dhawan provided a solid start to the hosts by building a 71-run partnership. However, Windies pacers Keemo Paul gave his team a much-needed breakthrough by dismissing Dhawan for 38.

Following that, Rohit steadied the Indian innings with occasional boundaries and kept the scoreboard ticking.

South Africa's Hashim Amla leads the list with 116 innings. Kohli is second on the list, having scored his 21st ODI century in 138 innings. AB de Villiers (183 innings) is placed third.

During his stay in the middle, Rohit strung together a 211-run partnership with Ambati Rayudu. The 31-year-old batsman also surpassed Sachin Tendulkar's record of 195 sixes in the second ODI against the Windies on Wednesday.

With 197 maximums, he is now placed seventh in the list of most sixes hit by a player in a career. Former India captain, MS Dhoni is the only other Indian ahead of Rohit and Tendulkar with 218 maximums.

Courtesy of 117-ball 152 in the first match, the Indian vice-captain became the first batsman in the world to register six 150-plus scores in ODI cricket.

Sachin Tendulkar, who is second on the list, has registered five 150-plus scores.

Rohit Sharma India vs West Indies 2018 India vs West Indies, 4th ODI Cricket
Get the latest updates on IND vs NZ 2021, check out the Schedule and Live Score . Like us on Facebook or follow us on Twitter for more sports updates. You can also download the NDTV Cricket app for Android or iOS.