Bumrah got the fourth ball of his over to skid off the deck and climb onto the batsman. 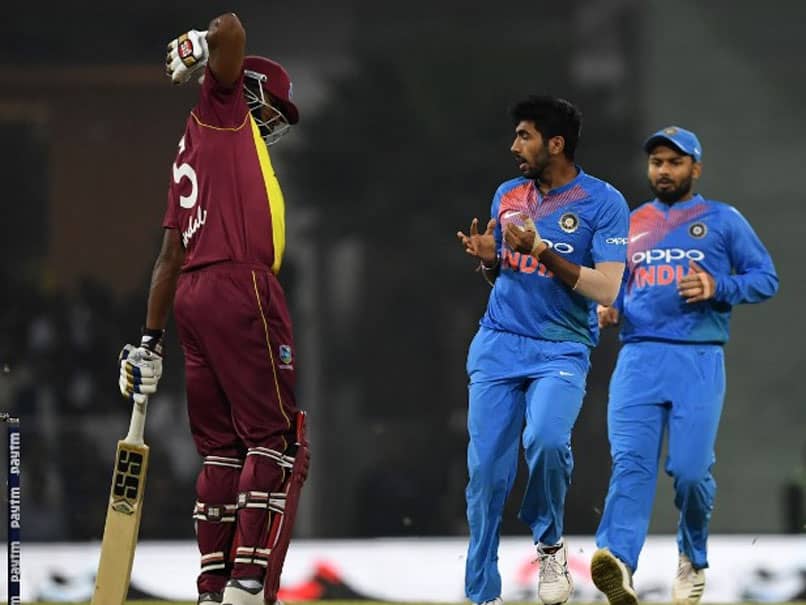 The Windies were chasing a mammoth target of 196 to win.© AFP

Rohit Sharma-led Team India thrashed the Windies by 71 runs in the second Twenty20 International of the three-match series played at Bharat Ratna Shri Atal Bihari Vajpayee International Cricket Stadium in Lucknow on Tuesday. The Windies were chasing a mammoth target of 196 to win and an awkward incident took place in the 11th over bowled by India speedster Jasprit Bumrah. Bumrah got the fourth ball of his over to skid off the deck and climb onto the batsman.

Kieron Pollard was completely beaten as he gave a top-edge to it. Sensing an opportunity, Bumrah started moving towards the trajectory of the ball.

But, a walking Pollard by then was almost under the ball and when he realized that Bumrah was there to take the catch, almost in the last moment, he took his hand off from the position which created a block vision for the bowler.

Although Bumrah completed the catch, he was visibly furious at his IPL teammate.

Earlier, skipper Rohit Sharma smashed his fourth Twenty20 international century, the most by any batsman in the format.

Rohit hit an unbeaten 111 off 61 deliveries to power the hosts to 192-2 after being put into bat first.

India then restricted the tourists to 124/9 and take an unassailable 2-0 lead in the three-match series.