Rohit Sharma surpassed Virat Kohli to become the highest run-scorer for India in T20Is on Tuesday in Lucknow. 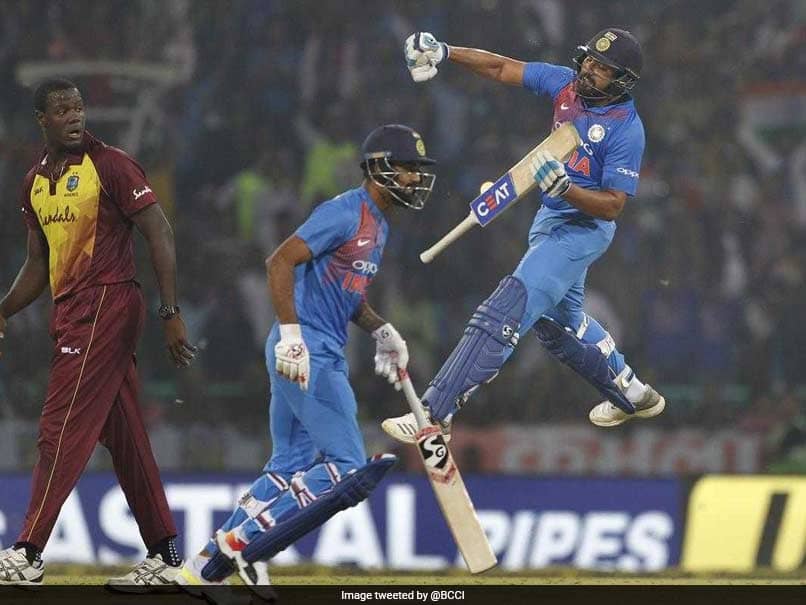 Rohit Sharma became the first batsman to score four Twenty20 International (T20I) centuries. He achieved the milestone in 58 balls during the second T20I against the Windies at the Bharat Ratna Shri Atal Bihari Vajpayee International Cricket Stadium in Lucknow. His knock was laced with eight boundaries and six hits over the fence. Rohit Sharma was also involved in a 123-run opening wicket-stand with fellow opener Shikhar Dhawan. The stand-in skipper, who notched up 2,203 runs by the end of the second match in Lucknow, also became the second-highest run-scorer in the T20Is, trailing New Zealand opener Martin Guptill (2,271).

Rohit has, however, surpassed Virat Kohli to become the highest run-scorer for India in the T20Is. The top-order batsman overtook Virat Kohli while playing his 86th match in the shortest format of the game at an average slightly above 32.