Star Windies all-rounder Andre Russell was ruled out of the T20I series against India due to an injury. 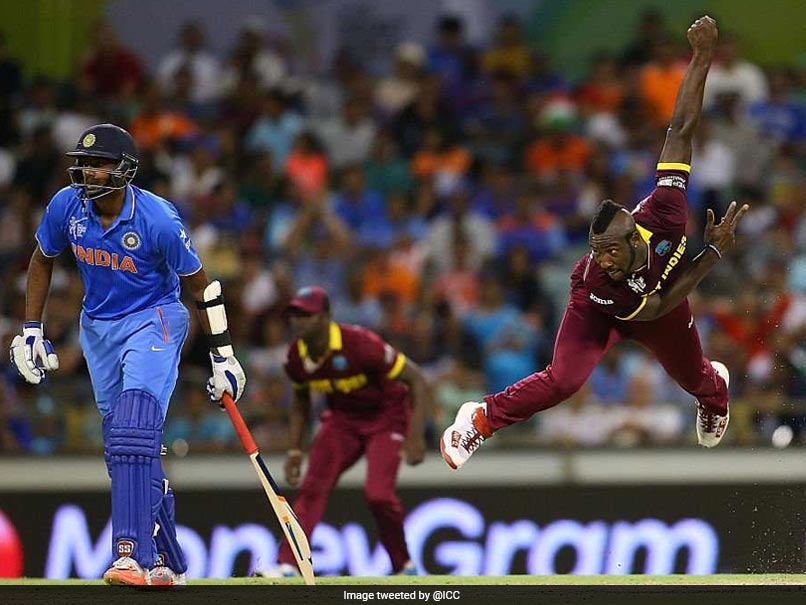 Andre Russell was withdrawn from the Windies squad for the T20I series against India.© Twitter

The Windies cricket team suffered a massive blow on the eve of the first Twenty20 International (T20I) against India with star all-rounder Andre Russell ruled for the entirety of the three-match series. Russell was withdrawn from the Windies due to an injury, an International Cricket Council (ICC) report said. "Andre Russell has been withdrawn from the three-match Twenty20 International series against India on account of an injury, it was announced through a release on Saturday, 3 November, one day before the first match at Kolkata," read the ICC report.

Shai Hope had impressed for the Windies and was their star batsman during the ODI series against India, and his performances in the 50-over format earned him a call-up in the shortest format of the game.

Earlier, Ashley Nurse was also ruled out of the T20I series due to a shoulder injury, which he picked up after the fourth ODI against India. Regular T20I openers, Chris Gayle and Evin Lewis, have already pulled out of the squad, citing personal reasons in both instances.

Darren Bravo and all-rounder Kieron Pollard will make a comeback in the shortest format while off-spinner Sunil Narine is another notable exclusion.

The 30-year-old Russell last featured in the Afghanistan Premier League representing Nangarhar Leopards but was not named in the ODI squad with the Windies Cricket ruling him out due to injury.

The Windies are hoping for a turnaround in the shortest format after being outclassed in the Test and ODI series. The visitors were thrashed 0-2 in the two-match Test series, while in the ODIs, they were beaten 1-3.

Andre Russell India vs West Indies 2018 Cricket
Get the latest updates on Fifa Worldcup 2022 and check out  Fifa World Cup Schedule, Stats and Live Cricket Score. Like us on Facebook or follow us on Twitter for more sports updates. You can also download the NDTV Cricket app for Android or iOS.