India hold a clear upper-hand against the Windies as they look the better side on paper and hold an edge in the win-record. 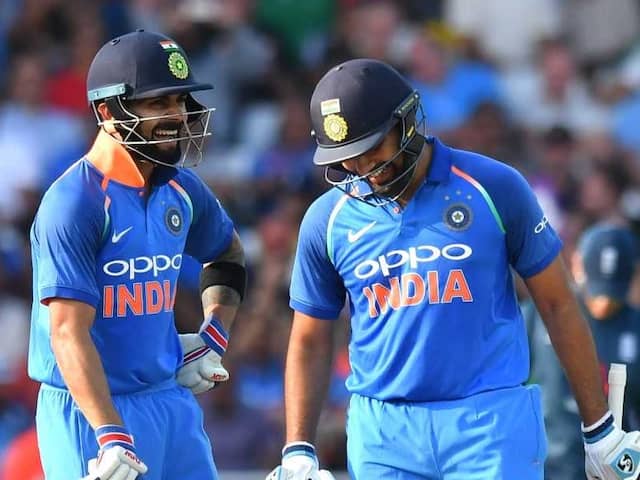 Following an emphatic Test series victory over the Windies, India will aim to continue their dominance in the 50-over format when they host the visitors in the first of the five-match One-Day Internationals series (ODI) at the Barsapara Cricket Stadium in Guwahati on Sunday. The hosts hold a clear upper-hand over the Windies as they look the better side on paper and have an edge in the win-record from their last few encounters. India have won three out of the last five matches, losing one while another match had no result.

However, on home soil, India have won the last five off the nine matches while Windies have won two and the remaining two were cancelled.

In the batting department, Team India will bank on their in-form batsmen Virat Kohli, Rohit Sharma and Shikhar Dhawan to get them off to a good start.

Former Indian skipper MS Dhoni along with Ravindra Jadeja and Rishabh Pant will be key for India in the middle-order.

In the bowling department, Umesh Yadav, who had a prolific Test series against the Windies will spearhead the team's pace battery and will look to take quick wickets along with Mohammed Shami.

Spin twins Kuldeep Yadav and Yuzvendra Chahal will look to torment the Windies, who looked suspect against spin in the Test series.

For the visitors, who will be looking to salvage some pride in the limited overs format, the withdrawal of batsmen Evin Lewis and Chris Gayle from the ODI series is a major setback.

They will, however, hope their batsmen and bowlers can put up an all-round performance to surprise the formidable Indian team.

West Indies Cricket Team India vs West Indies 2018 India vs West Indies, 1st ODI Cricket
Get the latest Cricket news, check out the India cricket schedule, Cricket live score . Like us on Facebook or follow us on Twitter for more sports updates. You can also download the NDTV Cricket app for Android or iOS.