India vs South Africa: India trained in front of a packed Barabati Stadium on the eve of the 2nd T20I vs South Africa, and Rishabh Pant and Hardik Pandya had the crowd going with some "cracking hits". 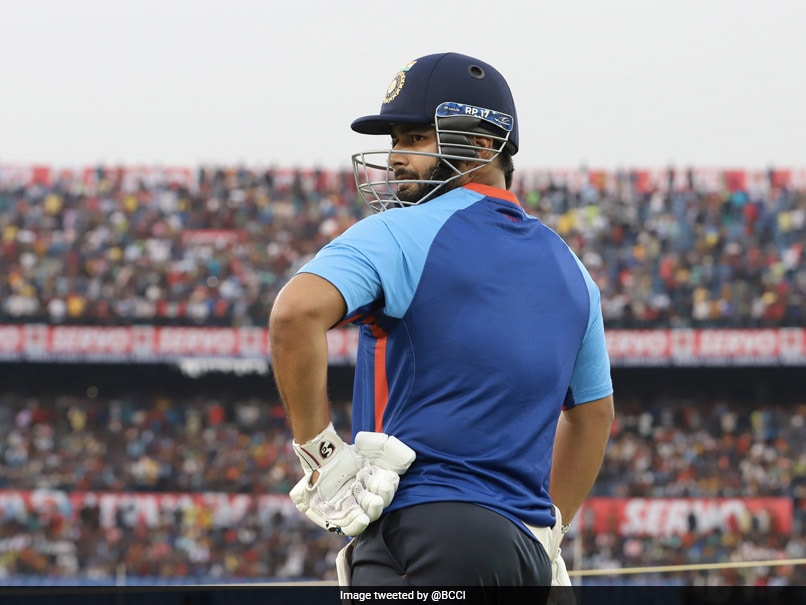 Rishabh Pant during a training session ahead of the second T20I vs South Africa.© Twitter

India will have it all to do in the second T20I on Sunday as they look to level the five-match series. In the first game, the Rishabh Pant-led side had suffered a seven-wicket loss as the Proteas chased down 212 to go 1-0 up in the series. David Miller and Rassie van der Dussen put on an unbeaten stand of 131 runs for the fourth wicket to take the visitors over the line. Ahead of the second T20I, Team India had a training session on Saturday.

The Barabati Stadium in Cuttack was packed to rafters on Saturday as fans flocked to the stadium to watch their favourite stars practice. Skipper Rishabh Pant and his deputy Hardik Pandya had a full-fledged power-hitting session, which drew loud cheers from the crowd.

The official handle of BCCI tweeted a video in which the duo can be seen playing some lofted shots.

Some cracking hits from the Captain and Vice-captain get the crowd going. #TeamIndia | #INDvSA | @RishabhPant17 | @hardikpandya7 | @Paytm pic.twitter.com/JoRKKzwvpJ

This will be the first international match at the stadium since an ODI against West Indies in 2019.

Rishabh Pant is captaining India in the series as KL Rahul was ruled out with an injury. Hardik Pandya has been named Pant's deputy.

Speaking at a press conference on Saturday, pacer Bhuvneshwar Kumar accepted that Team India did not bowl well in the first T20I and they will look to improve in the next few games.

"We have not seen the wicket. We have just come here. As you said, the bowling was not up to the mark in the first game so we are expecting that we bowl better in the second T20I and we are able to win to level the series. We have four games remaining in this series, we have a chance to win the series. We have to bowl better, and we need to bat in the same fashion like the previous game," said Bhuvneshwar during a press conference in Cuttack ahead of the second T20I.

"We discussed what went wrong. It was the first game of the series; everyone is coming out the IPL and almost everyone who is in the team had a good IPL. So, everyone knows what needs to be done and the things we can improve on. As a bowling unit, we had an off day and we all want to make a comeback in the second T20I," he added.

Rishabh Pant India vs South Africa 2022 India vs South Africa, 2nd T20I Cricket
Get the latest updates on ICC T20 Worldcup 2022 and CWG 2022 check out the Schedule, Live Score and Medals Tally. Like us on Facebook or follow us on Twitter for more sports updates. You can also download the NDTV Cricket app for Android or iOS.