India vs South Africa: Virat Kohli slammed a career-best 254 not out as India declared at 601/5, while South Africa staggered to 36/3 at stumps on Day 2 of the 2nd Test at Pune. 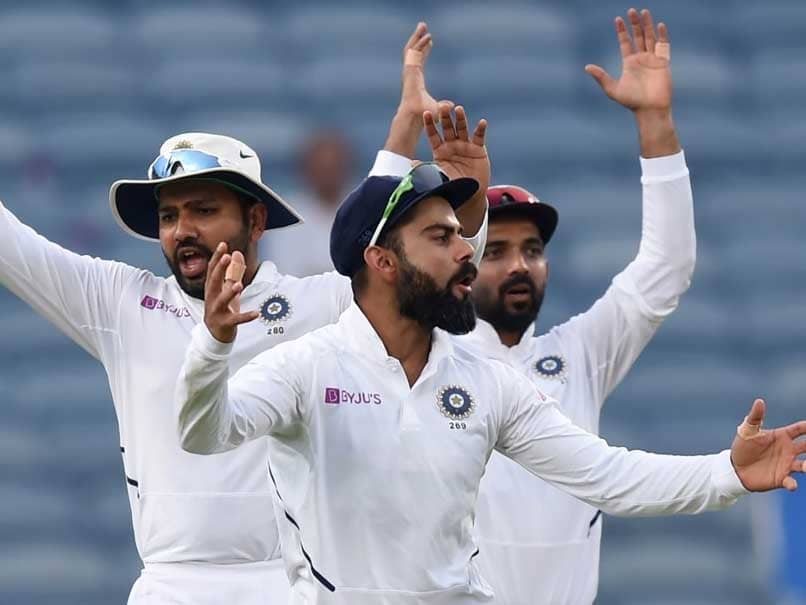 Virat Kohli brought up his career-best Test score as India decimated South Africa on Day Two of the 2nd Test in Pune on Friday. Powered by Kohli's 254 not out, India declared their first innings on 601/5, before reducing the visitors to 36/3. At the close of play, South Africa trail India by 565 runs. Kohli put on 225 runs with Ravindra Jadeja before the latter was dismissed by Senuran Muthusamy for 91. Kohli also walked off with Jadeja as India declared their innings to have a go at the opposition batting in the final session.

India, who lead the 3-match series 1-0, are just a win away from beating the record of 10 straight home series wins they share with Australia.

Earlier, Kohli converted his 26th Test century into a double soon after tea and broke a plethora of records.

Kohli, the first Indian to score seven double centuries in Test cricket, surpassed Don Bradman's tally of 6,996 runs and brought up his 7,000 runs in the longest format in 81 matches.

When Kohli was batting on 208, Senuran Muthusamy had him caught in the slips but TV replays suggested that the bowler had overstepped and the delivery was a no-ball.

His 178-run stand with Ajinkya Rahane, who scored 58 before becoming Keshav Maharaj's 100th Test victim, took the attack to the opposition bowlers.

Earlier, India had been boosted on Day One by Mayank Agarwal's second successive hundred.

Agarwal made 108 and put on 138 for the second wicket with Cheteshwar Pujara, who scored 58, after India elected to bat after winning the toss.