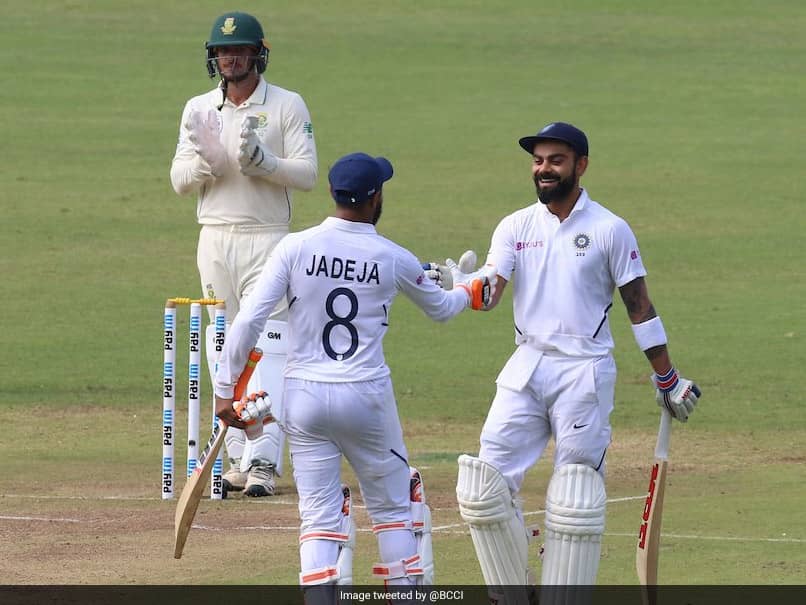 Virat Kohli's double-century put India in the driver's seat in the second Test against South Africa in Pune on Friday. Before Kohli, opener Mayank Agarwal had scored his second Test century on the previous day. While the above two knocks brought happiness on every Indian cricket fan's face, England former skipper Michael Vaughan slammed the Test match pitches in India, describing them as "boring" as they favour batsmen for first three-four days. Vaughan's tweet didn't go down well with the Indian fans who started trolling him. Soon after, the English fans also came out in support of their former skipper which sparked a heated debate on the social media platform.

"Test Match Cricket pitches in India are boring ... The first 3/4 days the contest is far too in favour of the bat ... Needs more action for the bowler... My thought of the day ... #INDvSA," Vaughan tweeted.

Test Match Cricket pitches in India are boring ... The first 3/4 days the contest is far too in favour of the Bat ... needs more action for the bowler ... My thought of the day ... #INDvSA

Replying to Vaughan's tweet, the Indian fans criticised the English weather and reminded Vaughan how it played spoilsport throughout the World Cup 2019 and Ashes 2019.

This is how fans reacted:

Better than england...rain breaks almost every alternate day of a test match and poor drainage systems

When you cannot win,you blame!! English cricket is all about that only..
When cook scored that 200+ in India few years back,it was all gud..

they are cry baby. when India produces pitches tracks that favor bowlers more than batsmen, they will cry poor pitch and minefield. The English test team is a joke. they can't play well in good batting conditions like India and Australia.

With this innings, Virat Kohli broke the legendary Don Bradman's record of most 150-plus scores as captain.

The Indian skipper and the Australian great were tied at eight before the Pune Test but Kohli went past the former Australia skipper on Day 2 of the second Test with his ninth 150-plus score as captain.

The Indian batsmen completely dominated the play on Day 2 and went past 600-run mark. India only lost two wickets on the day. Ajinkya Rahane got out off the bowling of Keshav Maharaj for 59 runs while Ravindra Jadeja smashed his first half-century of the series and missed his century by just nine runs. The Indian skipper remained unbeaten on 254 runs when India declared their first innings at 601/5.