Virat Kohli put on a batting masterclass in the 2nd Test vs South Africa and during his progress in the first inning, broke a massive record which had stayed with Don Bradman for long. 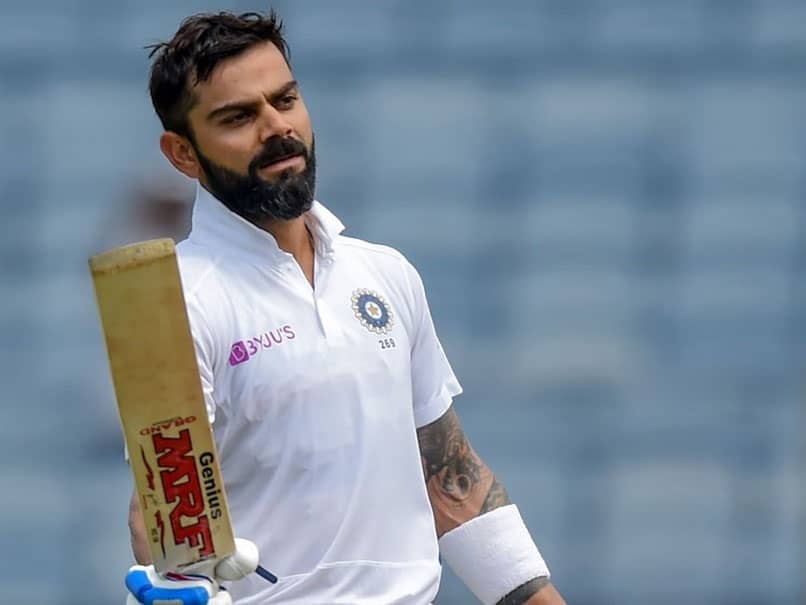 Virat Kohli flayed the South African bowlers to all parts of Pune en route his 26th Test hundred. In the post-lunch session on Day 2 in India vs South Africa 2nd Test, Virat Kohli adopted a more attacking approach and in no time reached the 150-run mark -- the ninth time he has done so whilst captaining the Indian team. In the process, Virat Kohli broke the legendary Don Bradman's record of most 150-plus scores as captain. The Indian skipper and the Australian great were tied at eight before the Pune Test but Kohli went past the former Australia skipper on Day 2 of the second Test with his ninth 150-plus score as captain.

India have dominated the second Test after Virat Kohli won the toss and elected to bat. Rohit Sharma, who hit two centuries in the opening Test of the three-match series, was dismissed cheaply but from thereon in, it was one-way traffic.

Mayank Agarwal, who hit a double century in the first Test, scored a hundred on Day 1 of the second Test while Cheteshwar Pujara (58) scored another gritty half-century.

Both batsmen were dismissed but Virat Kohli and Ajinkya Rahane made sure India didn't suffer anymore setbacks on the first day.

Resuming on 273 for three, India didn't lose even a single wicket in the first session of the second day as Kohli and Rahane made merry against a hapless South African attack.

Virat Kohli's knock, though, wasn't one without chances. The Indian skipper found the going a tad bit difficult against Rabada early on Day 2 but one he settled down, the picture-perfect cover drives and flicks off the pads were on full display.

Keshav Maharaj too found the edge of Kohli's bat thrice in the span of two overs, but all three times the ball went past Faf du Plessis at first slip.

Overall, Kohli was just brilliant and peppered the boundary regularly in his superlative knock.

India finally lost a wicket on Day 2 shortly after lunch when Ajinkya Rahane was dismissed by Keshav Maharaj on 59.