IND vs NZ: As the Rohit Sharma-led Team India gears up for the first T20I against New Zealand on Wednesday, newly-appointed head coach Rahul Dravid turned into a 'throwdowns specialist'. 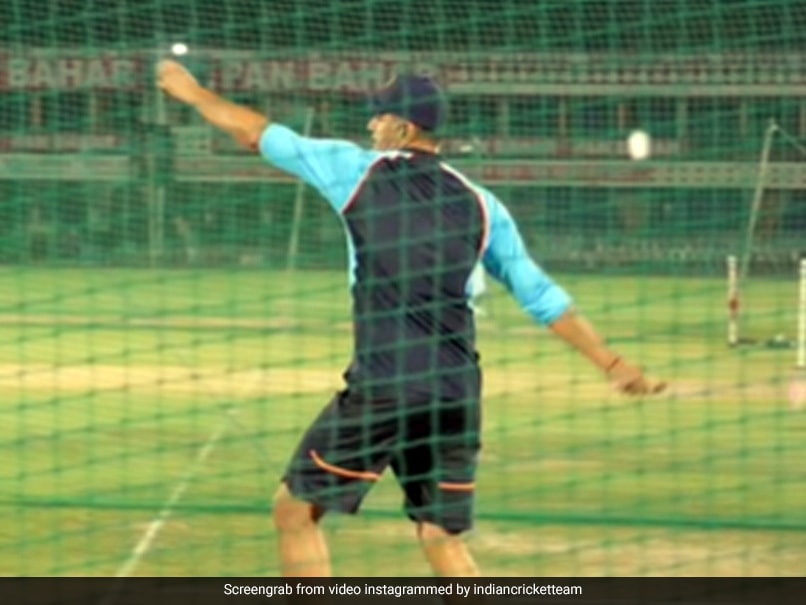 As the Rohit Sharma-led Team India gears up for the first T20I against New Zealand on Wednesday, newly-appointed head coach Rahul Dravid turned into a 'throwdowns specialist'. Under the leadership of Dravid and Rohit, the Men in Blue will look to start afresh following a disappointing T20 World Cup campaign in the UAE. Team India and New Zealand will play a three-match T20I series, starting with the first game on Wednesday at the Sawai Mansingh Stadium in Jaipur. On Tuesday, the Board of Control for Cricket in India took to Instagram and shared a sneak peek of India's first practice session under Dravid.

In the video, Dravid can be seen trying his hand at throwdowns, and Rohit playing a few of his trademark drives in the nets. The video has already garnered the attention of fans and followers of the Indian team.

Apart from a three-match T20I series, India and New Zealand will also play two Tests in Kanpur and Mumbai, respectively.

Rohit will captain the team for the T20Is while KL Rahul will be his deputy. Virat Kohli, who will miss the first Test at the Green Park Stadium, has been rested for the T20I series too, along with a host of other senior players who played in the T20 World Cup.

Ajinkya Rahane will lead the team for the first Test while Cheteshwar Pujara has been named as vice-captain for the game.

Meanwhile, Tim Southee will captain the Black Caps during the T20I series as regular skipper Kane Williamson has decided to take rest, but will be back for the Test series.

Virat Kohli Sawai Mansingh Stadium, Jaipur India vs New Zealand 2021 Cricket
Get the latest updates on IPL Auction 2023 and check out  IPL 2023 and Live Cricket Score. Like us on Facebook or follow us on Twitter for more sports updates. You can also download the NDTV Cricket app for Android or iOS.