India vs New Zealand: Shreyas Iyer was seen working hard in the nets ahead of his Test debut in Kanpur. The BCCI shared a video of his training session on social media. 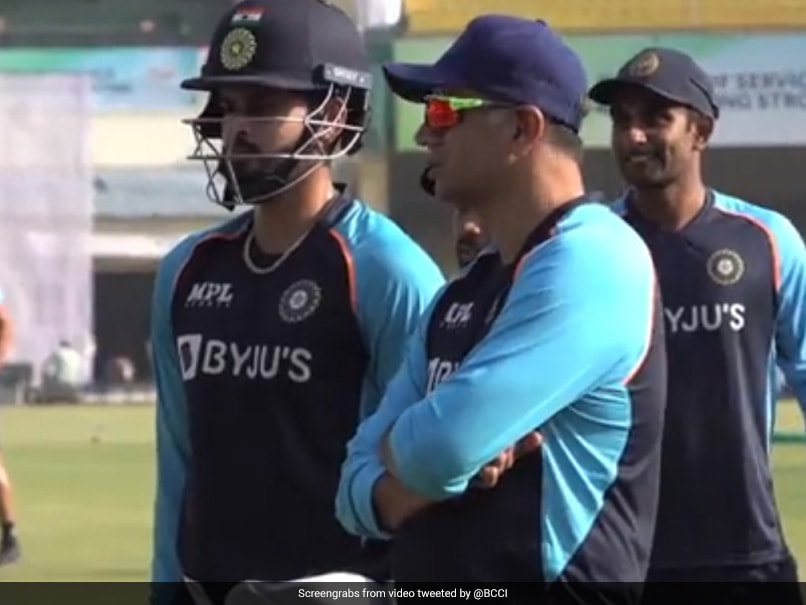 With Shreyas Iyer set to make his Test debut on Thursday, the Team India management could see another dimension of the stylish Delhi Capitals (DC) batter. India face New Zealand in the first Test match at the Green Park Stadium in Kanpur. With many senior players like Virat Kohli and Rohit Sharma rested, Ajinkya Rahane updated fans about Iyer's debut during a pre-match press conference. On Wednesday, the BCCI took to social media to show fans that Iyer has been toiling hard in the nets for his Test debut. The video was captioned as, "All set to don the whites Go well, @ShreyasIyer15!".

Here is the video of Iyer training in the nets for Team India:

All set to don the whites

The team management has also rested the likes of Rishabh Pant, Jasprit Bumrah and Mohammed Shami with new head coach Rahul Dravid having to think hard on his playing XI.

Meanwhile, the spin trio of Axar Patel, Ravichandran Ashwin and Ravindra Jadeja are all available for selection in the playing XI.

Ishant Sharma and Umesh Yadav are expected to lead India's pace department against the Blackcaps.

The hosts have also been hit with an injury to KL Rahul, who has been replaced by Suryakumar Yadav in the squad. With the absence of Kohli, Rohit and Rahul, the onus of scoring runs will lie with Cheteshwar Pujara, Rahane, Shubman Gill and Mayank Agarwal. Mayank is expected to open the batting with young Gill.

After the first Test match, the second game of this two-match series will begin from December 3 and is going to be held at Wankhede Stadium in Mumbai.

New Zealand Cricket Team Shreyas Iyer India vs New Zealand 2021 India vs New Zealand, 1st Test Green Park, Kanpur Cricket Social
Get the latest updates on ICC T20 Worldcup 2022 and CWG 2022 check out the Schedule, Live Score and Medals Tally. Like us on Facebook or follow us on Twitter for more sports updates. You can also download the NDTV Cricket app for Android or iOS.