Team India made up for the disappointment of being denied a win in the 1st Test in Kanpur by completely outplaying New Zealand in Mumbai. 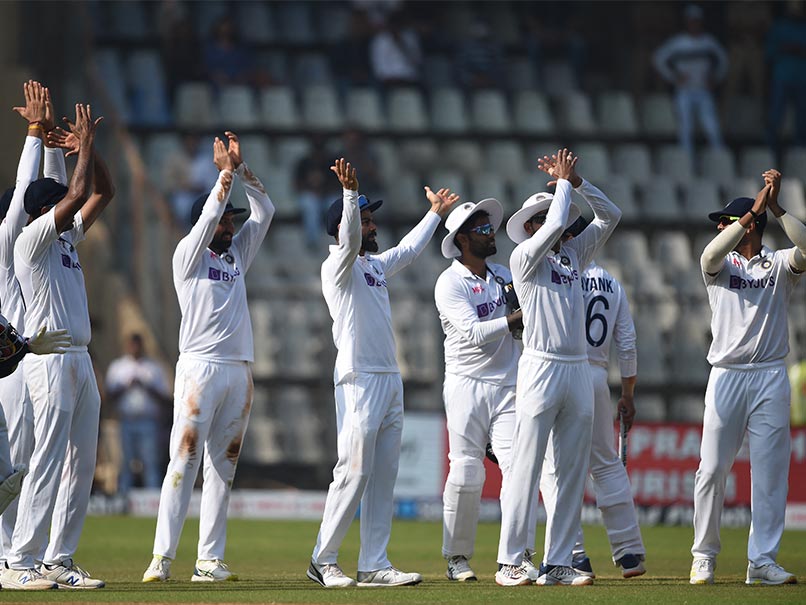 Team India made up for the disappointment of being denied a win in the 1st Test in Kanpur, by a solitary wicket, by beating New Zealand by a humungous margin of 372 runs in the 2nd Test in Mumbai, to take the series 1-0. Mayank Agarwal's knocks of 150 and 62 laid the foundation of the big win, despite New Zealand spinner Ajaz Patel taking all 10 wickets in India's first innings to go down in Test history as the third spinner to achieve the rarest of rare feats. Ravichandran Ashwin picked up 8 wickets in the match and he was aided by Mohammed Siraj and Jayant Yadav. India continued their long streak of winning each and every Test series at home under captain Virat Kohli and will now look to win their maiden Test series in South Africa.

Here is our report card of the India playing XI for the Mumbai Test:

Mayank Agarwal benefitted from some words of wisdom from India batting legend Sunil Gavaskar and showed great technique, grit and tenacity to score a brilliant 150 in the first innings, which formed the bedrock of India's 300-plus score on a tough Wankhede Stadium pitch. He exuded the same confidence in the second innings and helped the team bat New Zealand out of the match. He has staked his claim for a spot in the starting XI when India tour South Africa.

Shubman Gill continued to flatter to deceive as he played exceptionally well for his knocks of 44 and 47 and shared solid opening stands with Mayank Agarwal. But his inability to convert starts into big scores will frustrate both him and the team management. Perhaps some help from Rahul Dravid is needed to get this talented youngster to get the big hundreds in Test cricket.

Pujara was dismissed for a duck in the first innings and scored 47 while opening the batting in the second. India had a huge lead to play with and New Zealand's bowling attack was tired and hence Pujara's second innings performance doesn't hold much significance. He is doing just about enough to hold on to his place and that is big worry ahead of a tough tour of South Africa.

A very close decision in the first innings saw the Indian captain walk back for a duck on his international return. He looked solid for his 36 in the second innings and led the team with great intensity yet again. Kohli was well beaten by Ajaz Patel in the first innings, although replays showed the ball might have hit the inside edge before hitting the pad. He looked good for a big score in the second innings but played on to a Rachin Ravindra long hop. Kohli looks a bit eager to get that elusive century and it is just another example of how the game of cricket could be such an equaliser.

Shreyas Iyer might have scored just 18 runs in the first innings but he shared a very important partnership with Mayank Agarwal, which helped put India's innings back on track after the wickets of Gill, Pujara and Kohli in quick succession. He gave a good account of his ability to clear the ropes in the second innings and perished in his search of quick runs. Being a livewire in the field adds to his overall package.

Wriddhiman Saha was all grit yet again as he scored very crucial 27 runs in the first innings and his partnership with Mayank took India past the 200-run mark. His wicket-keeping against spinners is world-class and Saha showed yet again that Rishabh Pant will have to earn his Test spot back.

India's biggest match-winner won another Test on home soil with his exceptional bowling skills, picking up 8 wickets in the match to eventually win the 'player of the series' award. Ashwin was at his creative best in Mumbai.

The off-spinner's 4-wicket haul hastened New Zealand's demise on the fourth morning in Mumbai and he had also picked up a wicket in just the two overs he bowled in the first innings. Jayant showed good application for his 31-ball 12 in the first innings, which helped Axar Patel take India to a total in excess of 300 runs.

Axar Patel showed just why he is such a top-rated all-rounder in India as he scored an extremely crucial half-century (52) lower down the order and scored another unbeaten 41 in the second innings to help India bat New Zealand out of the match. He also contributed with 3 wickets. The southpaw is a complete package like Ravindra Jadeja.

There wasn't much to do for pacers in this Test match and Umesh did his bit by keeping things quiet from one end.

The man who started New Zealand's downfall in the first innings. Siraj produced a fiery spell in the first innings to pick up 3 crucial wickets and the Kiwis could never come back from the jolt. It was fast bowling of the highest order and a warning sign for South Africa to not dish out too many green pitches.

Ravichandran Ashwin India vs New Zealand 2021 India vs New Zealand, 2nd Test Cricket
Get the latest updates on Fifa Worldcup 2022 and check out  Fifa World Cup Schedule, Stats and Live Cricket Score. Like us on Facebook or follow us on Twitter for more sports updates. You can also download the NDTV Cricket app for Android or iOS.