India vs New Zealand 2021: Former India wicket keeper-batter Deep Dasgupta suggested a few changes which Team India could consider going into the second Test at the Wankhede Stadium in Mumbai from December 3. 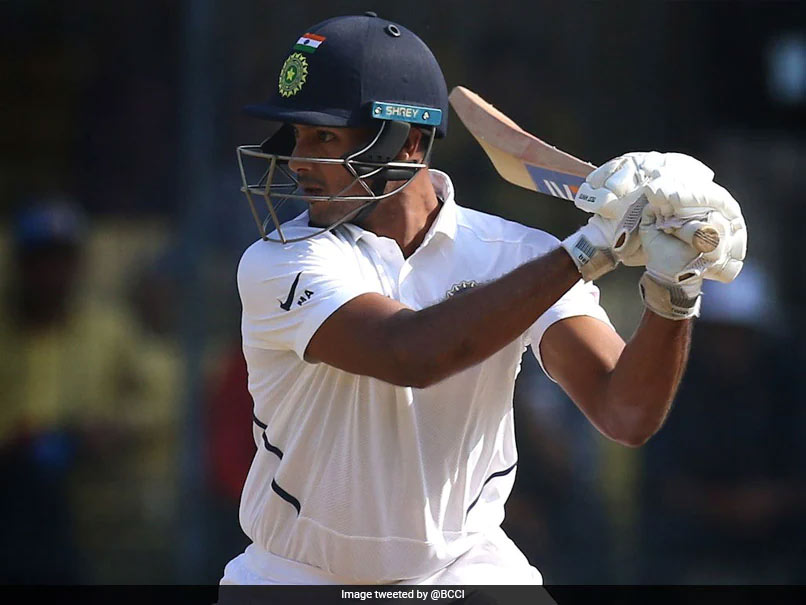 Deep Dasgupta suggested that Mayank Agarwal would be a better fit at number three.© Twitter

Former India wicket keeper-batter Deep Dasgupta suggested a few changes which Team India could consider going into the second Test at the Wankhede Stadium in Mumbai from December 3. With the first match ending in a disappointing draw for the home team, returning captain Virat Kohli could spring a few surprises in order to clinch the match and the series. Dasgupta spoke honestly about the possibility of pacer Mohammed Siraj replacing veteran bowler Ishant Sharma in the final XI. Hosting a Q & A session on his YouTube channel, Deep mentioned the pacer's fitness and practice regime from the last few days and said:

"I saw him bowl just a while ago on the ground, bowling was not an issue anyway. I think his non-bowling arm was injured and had stitches. So, there is a good chance that Siraj is fit. If that is the case, then Siraj might come in place of Ishant."

Changing his focus on the batting line-up, Deep said that opener Mayank Agarwal could be given the number three slot since he plays spin well on subcontinent pitches. According to the ex-cricketer, even Rituraj Gaikwad seemed like a decent fit in the middle order.

"Another option is one of the openers playing at No.3. Mayank Agarwal plays spin well, he can be considered at No.3. You need someone at No.3 who can play seam and spin well. No.3 becomes trickier than No.5 at this point. Even [Ruturaj Gaikwad] as well," he added.

Deep also opined that Shubman Gill could also be seen as a middle-order fit going into the future in the longest format for India.

"In the middle order, there are several players in the wings. There is Shreyas Iyer, then Shubman Gill, who I feel is more suited to the middle order in red-ball cricket. Then there's Hanuma Vihari," he opined.

Ishant Sharma Mohammed Siraj India vs New Zealand 2021 Cricket
Get the latest updates on SA vs IND 2021-22, check out the Schedule and Live Score . Like us on Facebook or follow us on Twitter for more sports updates. You can also download the NDTV Cricket app for Android or iOS.