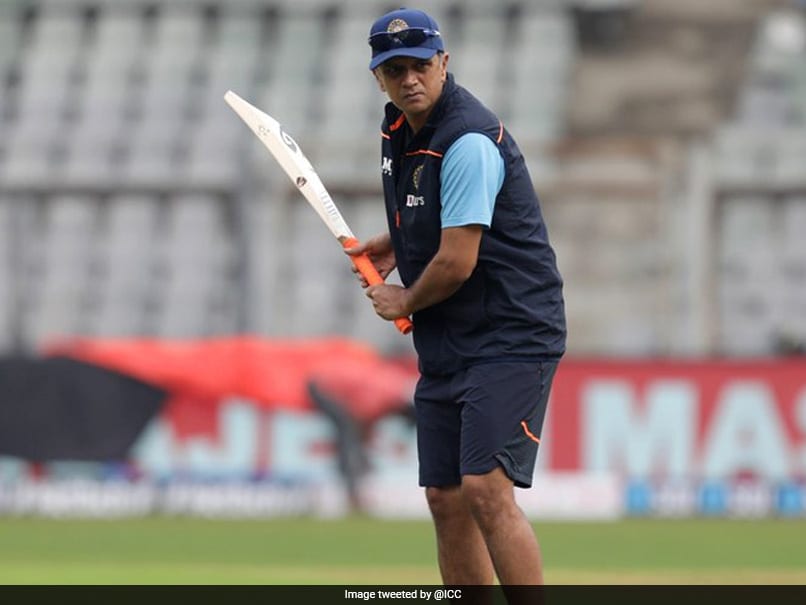 IND vs NZ: Rahul Dravid was all praise for India's bench strength after series win© ICC/Twitter

India on Monday defeated New Zealand by 372 runs in the second and final Test of the two-match series at the Wankhede Stadium Mumbai to win the series 1-0. Despite India winning the game convincingly, head coach Rahul Dravid said that the team had to work hard throughout the series, adding that there were phases where the team was on the backfoot. The former India captain also lauded India's bench strength, saying the players who came stepped up and took their opportunities.

"Great to see the boys stepping up and taking their opportunities. Yes, we were missing a few senior players. Credit to the guys who came in, Jayant had a difficult day yesterday, but learnt from it today. Mayank, Shreyas, Siraj, who don't get a lot of opportunities," he added.

"I think it was good to finish the series as winners, came close in Kanpur, not able to get that last wicket, had to work hard here. This result seems one-sided, but right through the series, we were made to work hard. There have been phases where we were behind and had to fight back, credit to the team," Dravid said during a post-match interaction.

Dravid praised Axar Patel for his all-round abilities. Axar scored 52 and 41 runs in the first and second innings, respectively, and also took a total of three wickets in the match.

"Axar, great to see his development with the bat in addition to what he can do with the ball. It gives us a lot of options as well, helps us become a stronger side."

Rahul Dravid
Get the latest updates on ICC Women's Cricket World Cup 2022 and IPL 2022, check out the Schedule , Live Score and IPL Points Table. Like us on Facebook or follow us on Twitter for more sports updates. You can also download the NDTV Cricket app for Android or iOS.