According to the day's forecast, two showers are expected - in the afternoon and after 5 p.m. 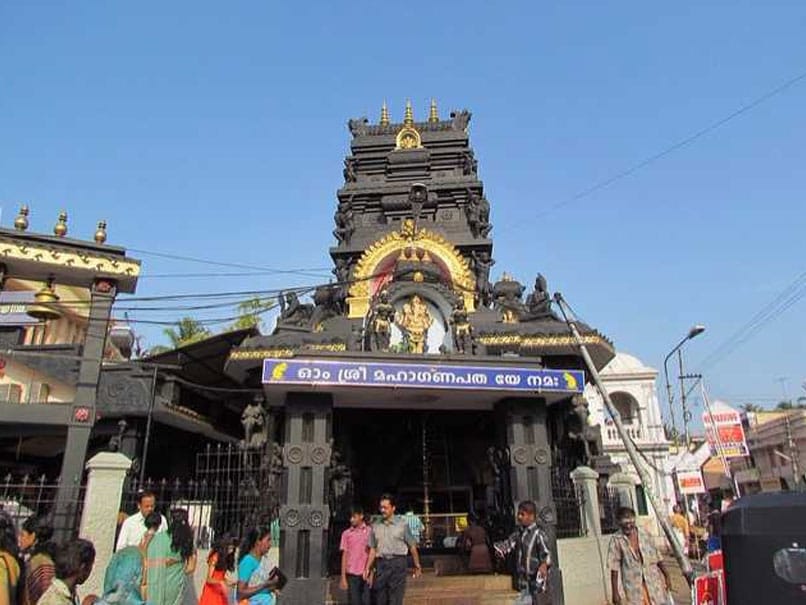 According to the day's forecast, two showers are expected - in the afternoon and after 5 p.m.

The Pazhavangadi Ganapathy temple, in the heart of city, witnessed a good rush of devotees on Tuesday morning with many breaking coconuts with just one prayer in mind - that the rain gods should be benevolent. After all, the decider T20 between New Zealand and India is to be held at the brand new Greenfield Stadium in the evening.

For the past two days the city has been experiencing rains. According to the day's forecast, two showers are expected - in the afternoon and after 5 p.m.

The match at the state-of-the-art stadium begins at 7 p.m.

According to legend, the Pazhavangadi Ganapathy temple is one where cutting across caste, creed or religion, breaking a coconut with prayers is one way to keep the rains away.

"This is God's own country and God will be kind, as the city is to witness its first international match after a gap of 30 years. The last time an international match was staged here, even India captain Virat Kohliwas not born, as well as all of us," said a group of youngsters who had arrived early in the morning at the temple.

The silver lining, despite the rains and more rains forecast, is that the ground has one of the best drainage facilities. The organisers are certain that even if the rain gods play truant, once the rain stops, in 10 minutes the ground can be made match ready.

Tickets for the match have all been sold out, leaving many locals disappointed. More than 40,000 tickets were sold for the match, in the nearly 50,000-capacity stadium.

Giving a political twist to the sports event, three-time former Congress legislator M.A. Wahid, who lost in the 2016 polls and in whose constituency the stadium is located, said that had it not been for the strong stand taken by then Chief Minister Oommen Chandy in 2012 the stadium would not have become a reality.

"The then Left opposition led by the youth wing of the CPI-M had obstructed when work commenced for the stadium then," said Wahid in a social media post on Tuesday.

The rival teams are expected to arrive at the stadium around 5 p.m.

(This story has not been edited by NDTV staff and is auto-generated from a syndicated feed.)
Comments
Topics mentioned in this article
India Cricket Team Virat Kohli India vs New Zealand Cricket
Get the latest updates on IPL Auction 2023 and check out  IPL 2023 and Live Cricket Score. Like us on Facebook or follow us on Twitter for more sports updates. You can also download the NDTV Cricket app for Android or iOS.