India vs England: "Words Are Too Less," Says Ishant Sharma In Emotional Post On 100th Test

India vs England: Ishant Sharma on Wednesday became only the second Indian fast bowler to play 100 Test matches and he was welcomed on to the field with a guard of honour from his teammates. 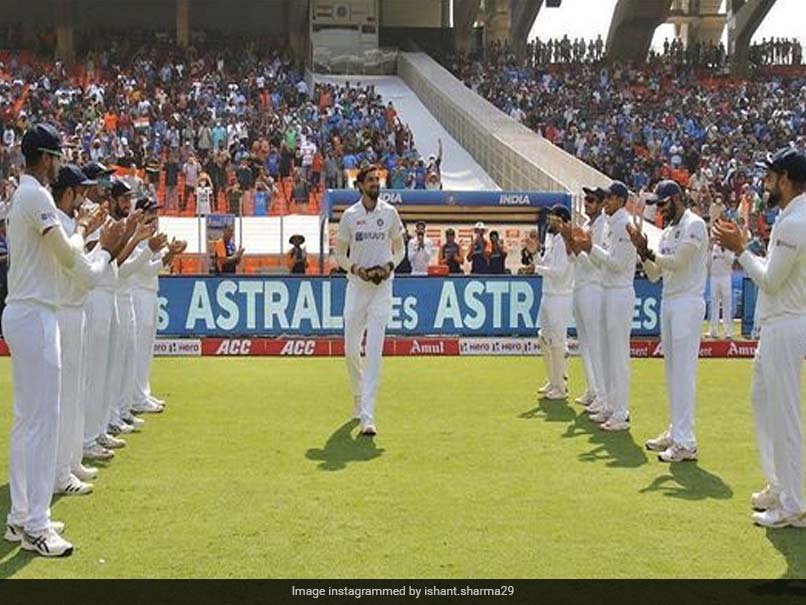 India fast bowler Ishant Sharma reached a memorable milestone on Wednesday as he began his 100th Test match for the country. The pacer, who was felicitated by President Ram Nath Kovind and Home Minister Amit Shah on the occasion at the Narendra Modi Stadium in Ahmedabad ahead of the day-night Test against England, took to social media after the first day's play to share a message of thanks. "Words are too less to express my emotions right now!!" he wrote, before thanking the President and the Home Minister for "making it an honourable moment".

"Thanks to my one and only @pratima0808 for being there right by my side during this special moment," he wrote, tagging his wife.

"Thank you to my wonderful teammates for the constant support each one of you have given me, and pushed me harder to becoming better," the pacer added.

"Also last but not the least a token of thanks to India and you all for showering me with all the love always!!" he concluded.

Ishant, who also went past the 300-wicket mark in Test cricket earlier in the series against England, celebrated his 100th Test by getting the first breakthrough for India as he sent Dom Sibley back to the pavilion after the visitors won the toss and opted to bat.

Ishant Sharma Cricket
Get the latest updates on IPL 2021, check out the IPL 2021 Schedule and Indian Premier League Live Score . Like us on Facebook or follow us on Twitter for more sports updates. You can also download the NDTV Cricket app for Android or iOS.