India vs England: Virat Kohli Hits The Nets For The First Time In Chennai. Watch

India vs England: Virat Kohli is seen practicing a range of shots in a video of his net session shared on Instagram. 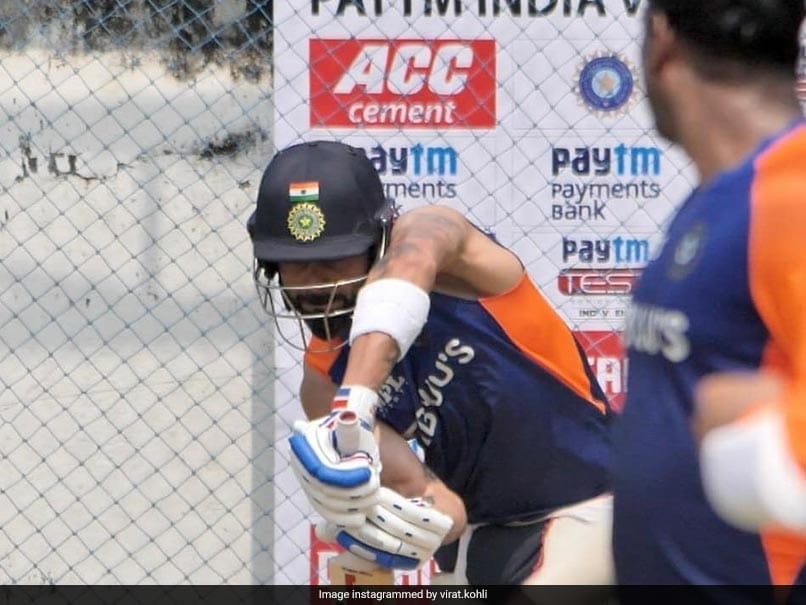 India captain Virat Kohli took to Instagram to share a video from his first net session in Chennai ahead of the Test series against England. The Indian team completed their quarantine and cleared all coronavirus tests on Monday and had their first net session on Tuesday. Kohli, who rejoined the team after his paternity leave, shared a video on Instagram where he is seen practicing in the nets. The batting maestro is seen practicing a range of shots, including his trademark cover drive.

"Keep your head down and keep working," Kohli wrote along with a photo of him from the training session as well as the video.

Apart from the cover drive, Kohli is seen practicing a flick, as well as defending off the front foot and back foot.

The Board of Control for Cricket in India (BCCI) had earlier shared pictures of Kohli speaking to the team before the net session began.

#TeamIndia captain @imVkohli speaks to the boys as our preparations begin. #INDvENG pic.twitter.com/yt8wcwROFF

The team on Monday had their first outdoor session, and enjoyed a game of foot-volley.

The two teams are set to face off in a four-match Test series, with the first two scheduled in Chennai and the final two games in Ahmedabad.

A spot in the ICC World Test Championship final at Lord's alongside New Zealand is at stake for both teams going into the series.

The two sides will also face off in five T20 Internationals as well as three ODIs.