India vs England: Team India stepped up their preparations for the second Test with a training session on Thursday. 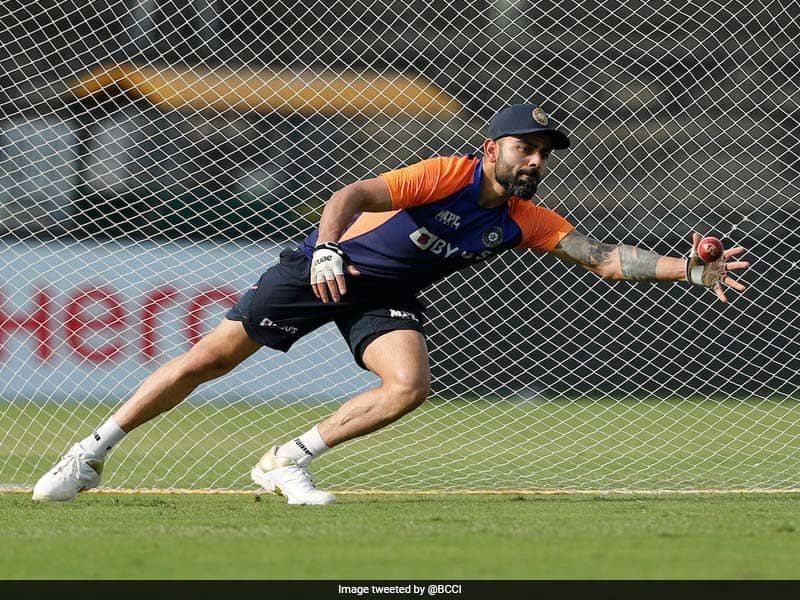 IND vs ENG: Virat Kohli was seen sweating it out before the second Test in Chennai.© BCCI/Twitter

The Indian cricket team geared up for the second Test against England with a training session in Chennai. Captain Virat Kohli, vice-captain Ajinkya Rahane, all-rounder Axar Patel and opening batsman Shubman Gill among others were seen in action. While Kohli batted in the nets, Axar was seen bowling to his captain. Rahane and Gill had net sessions, too, while the former practised slip-catching as well as takes in the outfield. Washington Sundar also rolled his arm over, and coach Ravi Shastri and Kohli were seen addressing the team huddle at the MA Chidambaram Stadium in Chennai.

Axar returned to the nets after missing the first Test due to pain in his left knee. He was seen getting through his delivery strides without any apparent discomfort and also enjoyed a hit with the bat.

The second Test begins in Chennai from Saturday and India will aim to level the series after conceding a heavy 227-run defeat to the visitors in the first Test.

This Test will also see fans return to a cricket stadium in India for the first time in an international game since the coronavirus-forced lockdowns last year.

The MA Chidambaram Stadium will have fans up to 50 per cent seating capacity for the Test after the first Test was played behind closed doors.

England will miss the services of wicket-keeper batsman Jos Buttler, who has been rested from the last three Tests.

Ajinkya Rahane Shubman Gill Washington Sundar India vs England 2020-21 Cricket
Get the latest updates on IPL 2021, IPL Points Table , IPL Schedule 2021 , live score . Like us on Facebook or follow us on Twitter for more sports updates. You can also download the NDTV Cricket app for Android or iOS.