India vs England, 1st Test: My Issue With Ajinkya Rahane The Captain Is Rahane The Batsman, Says Sanjay Manjrekar 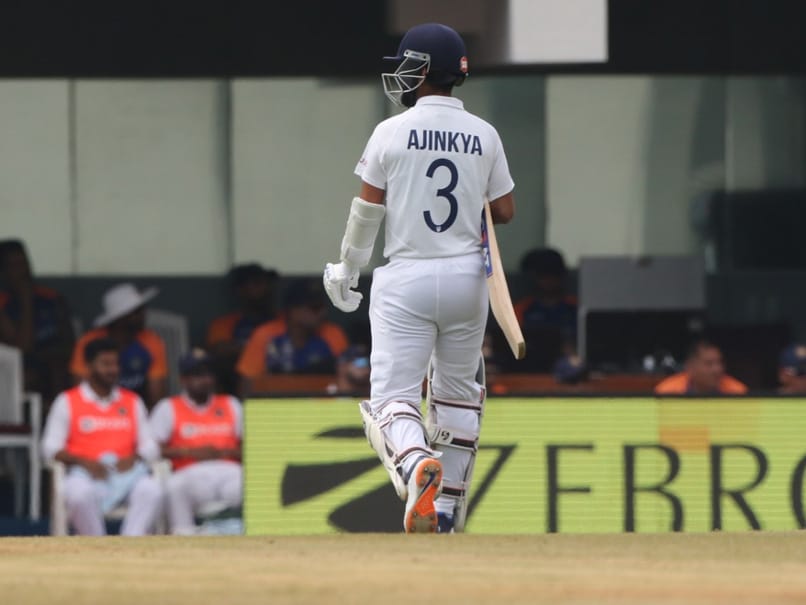 IND vs ENG: Ajinkya Rahane managed scores of 1 and 0 in the first Test in Chennai.© BCCI

Sanjay Manjrekar, former India batsman, drew attention to Ajinkya Rahane's string of low scores after the latter's game-changing hundred in Melbourne Test against Australia last year. Since Rahane's knock of 112 at the Melbourne Cricket Ground (MCG) that helped India level the series, the India vice-captain has had scores of 27*, 22, 4, 37, 24, 1 and 0 including the first Test against England. "My issue with Rahane the captain is Rahane the batsman. After that 100 in Melbourne his scores are - 27*, 22, 4, 37, 24, 1 & 0.  After a 100, class players carry their form & carry the burden of players out of form," Manjrekar tweeted.

Rahane lead Team India in the last three Tests on the 2020-21 tour of Australia when captain Virat Kohli was on a paternity leave.

India won two of the three Tests they played with Rahane as captain and won the Border-Gavaskar Series 2-1.

However, skipper Kohli wasn't amused when he was asked about Rahane's form since the MCG hundred.

When questioned about Rahane's manner of dismissal - he was bowled by James Anderson on Day 5 - Kohli retorted: "Look I got bowled as well. If you are trying to dig something out, you are not going to get it because there is nothing."

"Ajinkya, I have said this many a times in the past as well (that) along with (Cheteshwar) Pujara, he is our most important Test batsman and he continues to be as we believe in his abilities and he is an impact player.

"If you are talking about MCG Test, he stood up and scored a hundred when the team wanted it the most. You can look at number of innings and what happens from thereon, the reality is we won the series in Australia."

England beat India by 227 runs in the first Test in Chennai on Tuesday and took a 1-0 lead in the four-match series.

Virat Kohli India vs England 2020-21 India vs England, 1st Test Cricket
Get the latest updates on India vs Australia and check out  Schedule, Results and Live Score. Like us on Facebook or follow us on Twitter for more sports updates. You can also download the NDTV Cricket app for Android or iOS.