India vs England: Virat Kohli Feels Players' "Body Language And Intensity" Wasn't Up To The Mark

India vs England: India skipper Virat Kohli feels players didn't do enough to create pressure on England on the first two days of the match. 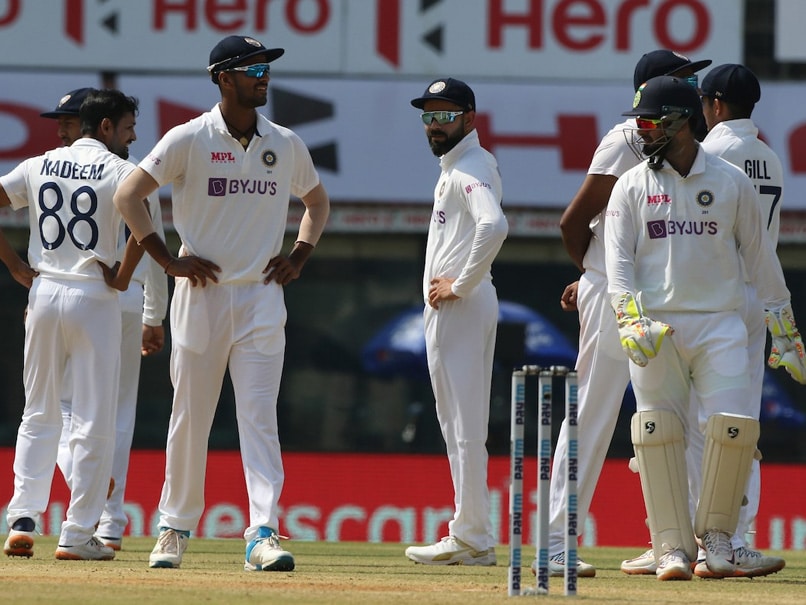 IND vs ENG: India suffered a disappointing 227-run loss against England in the first Test.© BCCI

After India suffered a disappointing 227-run loss against England in the first Test in Chennai, skipper Virat Kohli felt that the body language and intensity of the Indian players was not up to mark and that they didn't do enough to create pressure on the visitors on the first two days of the match. England skipper Joe Root led from front and scored a brilliant double-hundred that helped them post a massive total in the first innings. Kohli also rued the fact that two inexperienced spinners Washington Sundar and Shahbaz Nadeem weren't as effective as the team would have liked them to be and it allowed the England batsmen to rotate strikes easily.

"I don't think we put enough pressure on them with the ball in the first half. Collectively as a bowling unit, fast bowlers and Ash, were good in the first innings but we also needed to contain a few more runs and create pressure," Kohli said at the post-match presentation.

"Having said that, it was a slow wicket and not helping the bowlers which made it easy for the batsmen to rotate strike and get into the game. Just looked like not much happening in it on the first two days.

"That's a fair assessment (the fourth and fifth bowlers not being up to the mark). You need your bowling unit to step up and create pressure on the opposition. We didn't achieve that in this game which is fine, lack of execution is acceptable but to understand our mindset was right is very important for us," he added.

Riding on Root's marathon 218-run knock, the tourists posted a massive total of 578 runs in the first innings and then bowled India out for 337 runs, taking a huge first innings lead.

"But credit to England, they got stuck in and put up a big total on the board. Our body language and intensity were not up to the mark, second innings we were much better," said the India skipper.

Highlighting the positives the side would take from the game going ahead in the series, Kohli said that the way bowlers performed in the second innings will definitely give them enough confidence and they will have to repeat the same in the coming matches.

The second Test of the four-match series, scheduled to start on February 13 at the same venue, will mark the return of fans into the stadium and India would be hoping that they leave this loss behind and start afresh.

MA Chidambaram Stadium, Chennai India vs England 2020-21 India vs England, 1st Test Cricket
Get the latest updates on IPL Auction 2023 and check out  IPL 2023 and Live Cricket Score. Like us on Facebook or follow us on Twitter for more sports updates. You can also download the NDTV Cricket app for Android or iOS.