India vs England, 3rd T20I: Eoin Morgan Wants Me To Open For England, It's My Preference Too, Says Jos Buttler

India vs England: Jos Buttler slammed an unbeaten half-century during England's win in the third T20I, and he revealed that it's his preference to open the batting in cricket's shortest format. 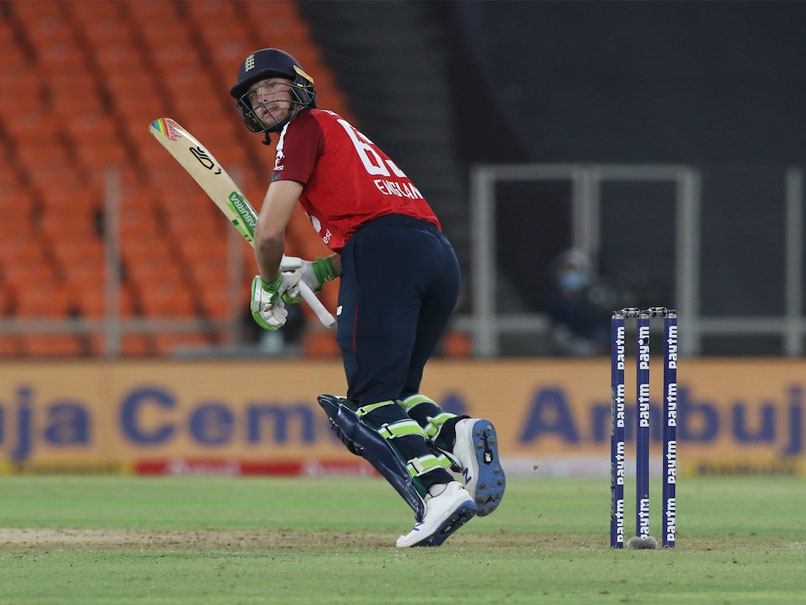 IND vs ENG: Jos Buttler during the third T20I, at the Narendra Modi Stadium in Ahmedabad.© BCCI

England star batsman Jos Buttler's preference remains opening the batting but he has kept his options open as certain teams might ask him to bat anywhere else in T20 cricket. Buttler has been opening the batting for England in the T20I series against India. The right-handed batsman guided the visitors to an easy win on Tuesday on the back of his sensational 83 off 52 balls. "I don't know if it will ever end (debate of him opening the batting), people seem to quite enjoy talking about it. I certainly feel the pressure of that sometimes," said Buttler in a virtual press conference.

"Yes, opening the batting is my preference in the T20. I think for most people it is the best place to bat. But I am always open-minded, certain teams may ask me to bat somewhere else," he added.

Buttler said opening in T20 cricket is the best place to bat and skipper Eoin Morgan wants him to open for England. The wicket-keeper batsman also said he has the full backing of Morgan which gives him a lot of confidence.

"We have lots of guys who would love to bat in that opening position. For most people, it's probably the best place to bat in the game," said Buttler.

"Eoin is always very clear with every single player on what he expects from them and how much he backs them to do that job. At the moment he wants me to open the batting and he backs me 100 per cent so that gives me a lot of confidence," he added.