India vs England: Playing 100 T20Is Is A Proud Moment For Me, Says Eoin Morgan

India vs England: Eoin Morgan captained his side to a win in the third T20I, which was also his 100th fixture in the game's shortest format. 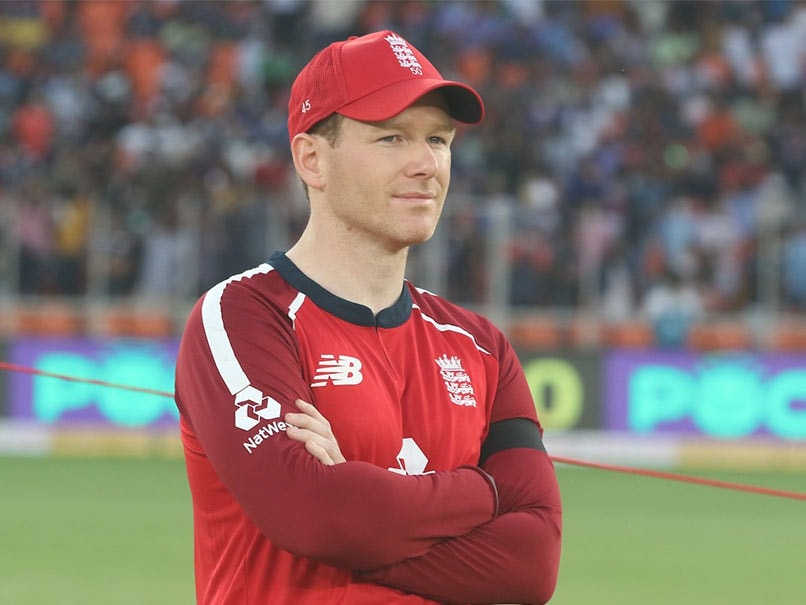 IND vs ENG: Eoin Morgan captained England to a lead in the third T20I in Ahmedabad.© BCCI

After becoming the first England cricketer and fourth overall to play 100 T20Is, skipper Eoin Morgan said it is a proud moment for him. The left-handed batsman achieved the feat in the third T20I against India, at the Narendra Modi Stadium in Ahmedabad on Tuesday. New Zealand batsman Ross Taylor, Pakistan cricketer Shoaib Malik, and India opener Rohit Sharma are the other three players to have played more than 100 T20Is. Morgan also praised Jos Buttler for his match-winning knock in the match and said the words that Buttler said to him "really warmed my heart".

"Jos is a world-class player, we are very lucky to have him. He competes with the best in the world when it comes to opening the batting. There's very little you have to say to Jos. He's a great leader within our group, been around for a long time," Morgan told host broadcaster Star Sports at the post-match presentation.

"Obviously, he's a huge influence in the dressing room. He's a great friend of mine. Playing 100 games is a proud moment for me. The words that he said really warmed my heart and I am very grateful for that," he added.

In the match, Buttler and Jonny Bairstow guided England to an eight-wicket victory. Buttler and Bairstow remained unbeaten on 83 and 40 respectively.

Earlier, skipper Virat Kohli's unbeaten knock of 77 runs off just 46 balls helped India post 156/6 in the allotted 20 overs. Down and out going into the last five overs of the innings, Kohli led from the front in all-rounder Hardik Pandya's company as the duo added 69 runs from 30 balls to take the hosts' total past the 150-run mark.

Hardik had joined Kohli with the score on 86/5 in 14.3 overs and what followed was nothing short of a master-class on power-hitting. Interestingly, it was Hardik who played second-fiddle in their 70-run partnership off just 33 balls as Kohli went on a hitting spree. This was India's highest sixth-wicket partnership in T20Is.

Mark Wood rattled the Indian batters as he dismissed the top-order in no time and the hosts were left reeling inside the first six overs.

Eoin Morgan India vs England 2020-21 Cricket India vs England, 3rd T20I
Get the latest updates on India vs Australia and check out  Schedule, Results and Live Score. Like us on Facebook or follow us on Twitter for more sports updates. You can also download the NDTV Cricket app for Android or iOS.