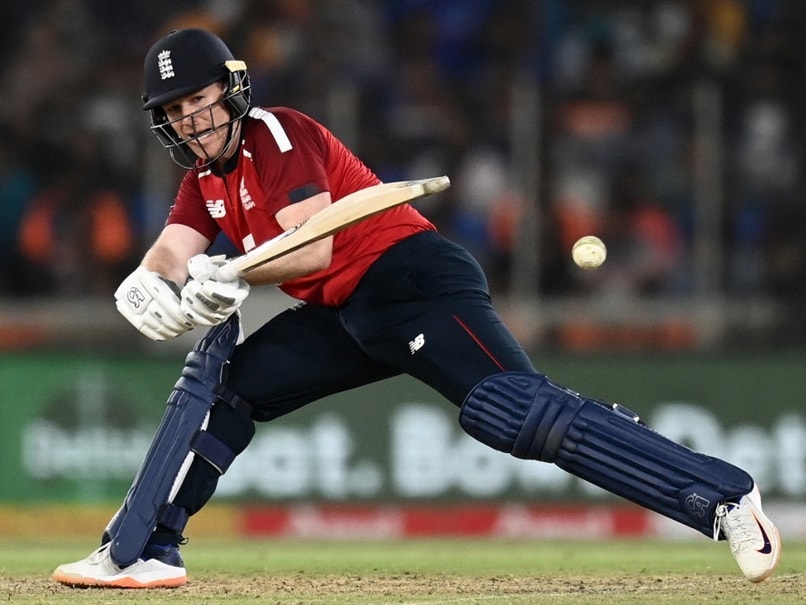 Eoin Morgan on Tuesday added another feather to his illustrious cap as he became the first England men's cricketer and fourth overall to play 100 T20Is. The left-handed batsman achieved the feat in the third T20I against India at the Narendra Modi Stadium in Ahmedabad. New Zealand batsman Ross Taylor, Pakistan cricketer Shoaib Malik, and India opener Rohit Sharma are the other three players to have played more than 100 T20Is. Interestingly, India skipper Virat Kohli, who has played 88 T20I matches, has scored the most runs in the shortest format of the game. Kohli on Sunday became the first-ever batsman to score 3,000 runs in T20Is.

New Zealand's Martin Guptill is second on the list of leading run-getters in T20I cricket, having scored 2,839 runs in 99 matches while India opener Rohit comes third in the list with 2,773 runs in 108 matches.

England skipper Morgan is still a long way behind, having scored 2,306 T20I runs at a strike rate of 138.99. The left-handed batsman has smashed 14 half-centuries in T20Is.

Meanwhile, England won the toss and elected to field in the third T20I. The visitors made one change to their lineup as they brought in Mark Wood in place of Tom Curran.

India also made one change to their lineup as the Kohli-led side brought in Rohit in place of Suryakumar Yadav.

Speaking at the toss, Morgan said: "Glad to play my 100th game, a big day for me and my family."

On Monday, Gujarat Cricket Association (GCA) along with BCCI announced that the remaining three T20Is will be played behind closed doors looking at the number of rising Covid-19 cases in the country.

Eoin Morgan India vs England 2020-21 India vs England, 3rd T20I Cricket
Get the latest updates on IND vs NZ 2021, check out the Schedule and Live Score . Like us on Facebook or follow us on Twitter for more sports updates. You can also download the NDTV Cricket app for Android or iOS.