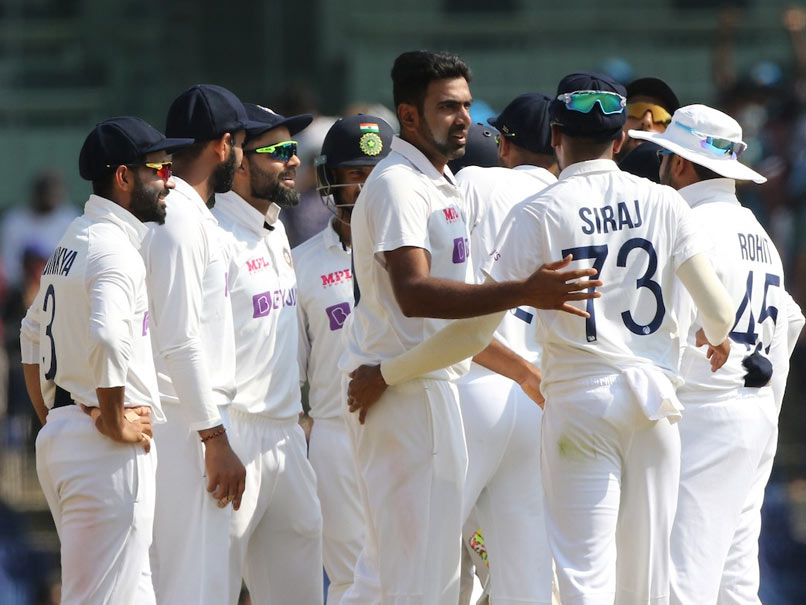 IND vs ENG Highlights: R Ashwin celebrates a wicket on Day 4 of the 2nd Test in Chennai.© BCCI

India thrashed England by 317 runs on Day 4 of the second Test match, at the MA Chidambaram Stadium in Chennai. The hosts levelled the four-match series 1-1, after losing the first Test match in the same venue. Chasing a target of 482 runs, England were bowled out for 164 in the second innings on a turning track. The hosts began Day 4 on a strong note, taking quick wickets with the visiting batting order crumbling against Ravichandran Ashwin and Axar Patel. All-rounder Moeen Ali was the top performer for England, scoring a T20-like knock (43 off 18 balls). India's bowling department cruised past England, with Axar Patel registering his maiden five-haul in his debut Test match. Meanwhile, Ravichandran Ashwin took three wickets, and Kuldeep Yadav registered two dismissals. Both sides face each other again in the third Test match, which starts from February 24, and the visitors will be aiming to bounce back to winning ways. Meanwhile, the home side will be hoping to take the lead in the series. (SCORECARD)