India vs England, 2nd Test: Ben Foakes has played in five Test matches for England, and has been an understudy to Jos Buttler. 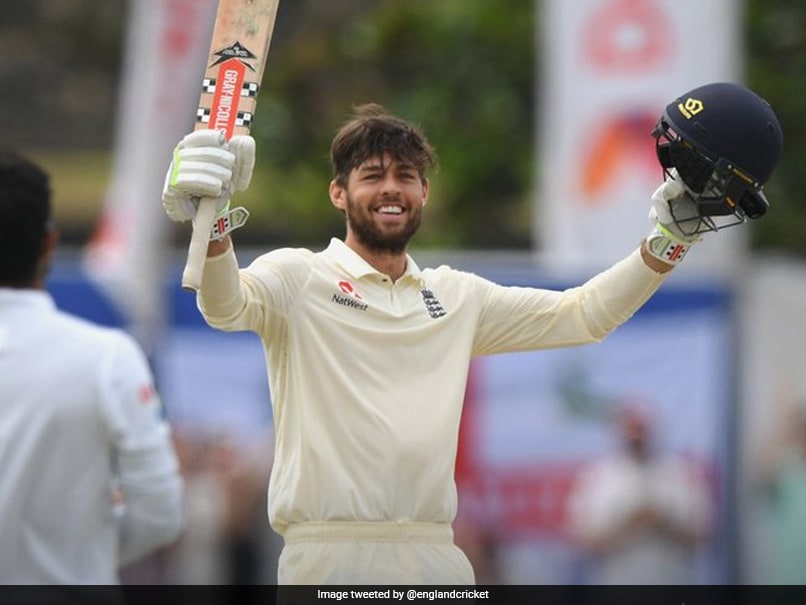 IND vs ENG: Ben Foakes raises his bat after scoring a ton on his Test debut in 2018.© Twitter

England wicketkeeper Ben Foakes, who is set to don the big gloves in the second Test against India, feels the fresh Chepauk track will keep low and might start offering turn earlier compared to the series opener at the same venue. England won the first Test by 227 runs but it wasn't until the fourth day when the red-soil Chepauk pitch started offering sharp turn. However, with India down 0-1 in the four-match series, the hosts would like to play to their strengths in the upcoming matches. Asked how did the pitch look, Foakes said on Thursday, "It's different to the last one. It's a different soil and darker soil. I think it might be quite low and slow. But I haven't had a lot of experience with wickets but that would be my guess."

The 27-year-old, who has played five Tests and has been an understudy to Jos Buttler, spoke to reporters during a virtual interaction. To a PTI query if the pitch would offer turn earlier than usual, he replied: "I found it quite tricky to read the wicket. I found in India obviously that's (turners) an avenue they would like to go down.

"The last wicket probably played pretty well for about two and half-three days, may be slightly longer. I guess there is a potential that it would spin earlier (on this track). I wouldn't like to look too far ahead with that and just look to see what's given on the day and try and play accordingly," said the man, who played the last of his five Tests, in 2019.

For Foakes, the pointers he has received from his colleagues could come in handy while facing seasoned off-spinner Ravichandran Ashwin, who has been in good form. The second Test will be played from February 13-17.

"I think just been talking to the guys who played the last game and pick up points and tips and see anything that's helpful and trying to adapt to that to my game. Play within my limits."

Foakes said that there will always be doubts after a prolonged break but he completely understands that "Jos has been outstanding".

Will it be a problem keeping up to off-spinner Dom Bess?

"Without playing not much cricket, you are going to have that slight doubt since you have not been tested in a while. Hopefully, I will be back in rhythm."

He hasn't had any discussion with Buttler but has picked up cues by watching him play.

"Not really, he was shipped off as early as he can so that he could possibly spend more time with family. Purely watching how great a job he did, I was trying to pick up tips from that."

Foakes said not getting to play a lot in recent times means he would have to improve and work on his DRS skills.

"I think on turning wicket-keeper comes into the game with such a good view. One of those things I haven't done too much. I think I did alright in Sri Lanka (in 2018).

"One of those things I am not quite experienced and you try in the nets and have a look while standing back and get more experienced," he concluded.

England Cricket Team India vs England 2020-21 India vs England, 2nd Test Cricket
Get the latest updates on IPL Auction 2023 and check out  IPL 2023 and Live Cricket Score. Like us on Facebook or follow us on Twitter for more sports updates. You can also download the NDTV Cricket app for Android or iOS.