India vs England: With no rain expected during the first Test between India and England in Chennai, fans can hope five exciting days of cricket. 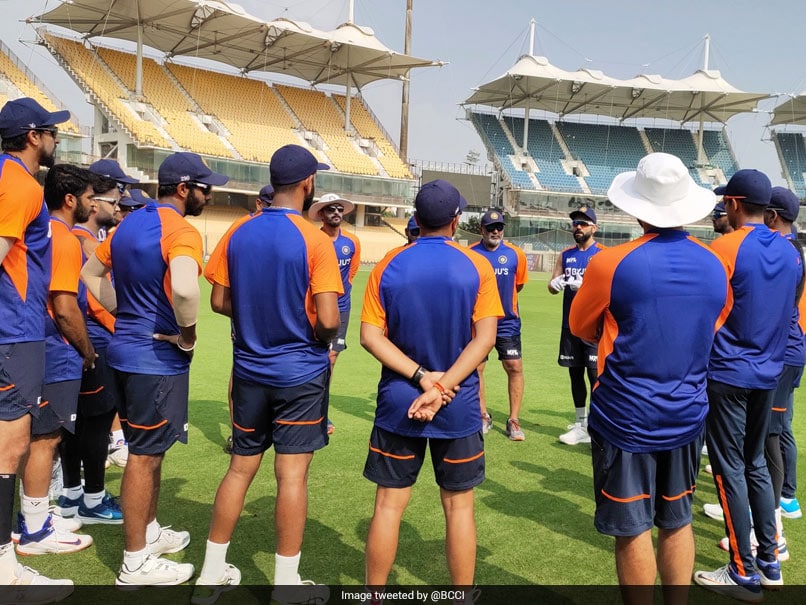 IND vs ENG: Indian players listening to skipper Virat Kohli during one of the training sessions.© Twitter

As India and England gear up for an important Test series, international cricket is set to return to the country after a gap of almost one year. Both sides are fighting for a place in the World Test Championship final, to be played at the Lord's in June later this year. With vital Test championship points at stake, it is important  that the weather demons do not come to halt the play. Chennai's famous MA Chidambaram Stadium, also known as Chepauk, will host the first two matches of the four-Test series -- with the opening match set to start on February 5.

As per weather forecast website AccuWeather, the sun is expected to shine bright on all five days, with zero chances of precipitation and thunderstorms.

The temperature in Chennai is expected to hover around 30 degrees Celsius during the day. In the morning there will be a heavy cloud cover of around 74 per cent but it will be down to only eight per cent in the evening.

With the sun expected to shine on all five days of the match, it will help in wearing down the pitch at the Chepauk considerably as the match progresses, bringing in the spinners into play.

Senior off-spinner Ravichandran Ashwin will be eager to lead India's spin-department on his home ground but will be without his partner Ravindra Jadeja who is out with injury.

Despite that, India's spin-contingent looks more impressive than their counterparts with the likes of Kuldeep Yadav, Washington Sundar and Axar Patel fighting to lead the attack alongside Ashwin.

With rain gods expected to stay away the game, fans and players must gear up for an exciting opening match -- as both teams will be fighting hard to challenge New Zealand in the inaugural World Test Championship final.

MA Chidambaram Stadium, Chennai India vs England 2020-21 Cricket India vs England, 1st Test
Get the latest updates on Fifa Worldcup 2022 and check out  Fifa World Cup Schedule, Stats and Live Cricket Score. Like us on Facebook or follow us on Twitter for more sports updates. You can also download the NDTV Cricket app for Android or iOS.