Why England Will Find it Hard to Compete Against India

Alastair Cook-led England are expected to fare a lot better than New Zealand, but winning the five-match series in India looks highly unlikely at the moment 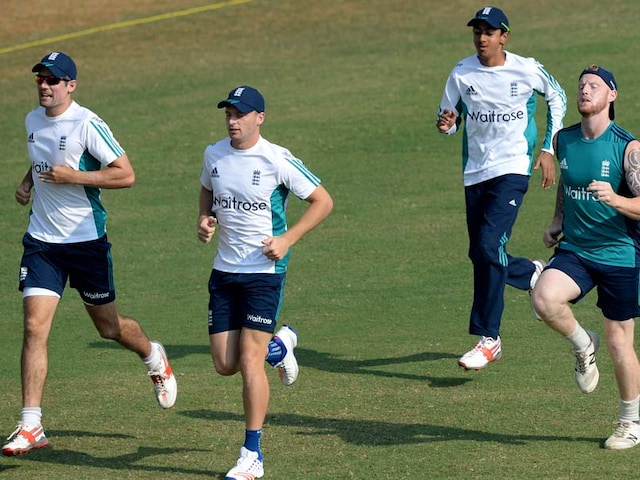 England were the last team to win a Test series on Indian soil.© AFP

Virat Kohli-led India kicked off the long home season with a bang. The home side eased to a 3-0 series win over New Zealand, handing Kohli his 4th successive win as India's Test skipper.

While the Kiwis failed to put up much resistance, Alastair Cook-led England are expected to fare a lot better. Interestingly, England were the last team to win a Test series on Indian soil when they stunned the hosts with a 2-1 triumph in 2012.

However, the Indian side is on a strong run at the moment and England will find it almost impossible to repeat their heroics from four years ago.

Virat Kohli has a point to prove

The stylish right-hander has accumulated runs all over the world and against all opposition, barring England. Kohli, like his peers, endured a torrid time when India last toured England.

Unfortunately for him, English pacers used the conditions to their advantage to expose the chinks in his armor. Though Kohli recovered quickly thereafter, the debacle of that tour remains the only blot on his impressive career.

The Delhi batsman will be eager to erase those memories with some fine knocks in the five-match series. Virat has hit two double tons in the last year and the timing of this tour couldn't have been better, at least from his perspective.

Indian spinners at the top of their game

Many regard Ravichandran Ashwin as the best spinner in world cricket at the moment. The off-spinner was in top form against New Zealand, picking up 29 wickets in the three Tests.

Undoubtedly, the England camp will consider him as the biggest threat going into this series. In fact, not just Ashwin, but all Indian spinners are at the top of their game currently.

Ravindra Jadeja, who often plays second fiddle to Ashwin, bagged 14 wickets against the Kiwis. Amit Mishra, who didn't play the Tests, was the chief architect of the team's ODI series win over New Zealand with 15 wickets. It's fair to state that English batsmen won't have any respite when it comes to India's spinners this time.

Key Indian batsmen with runs under the belt

Indian batsmen have almost always helped set up big wins for the team on home soil. Whenever the main batsmen in the team have suffered a blip in form, the Indian side has struggled to put up a dominant performance even in the comfort of home conditions.

Thankfully for Anil Kumble and the team management, all the premier batsmen have runs under their belt coming into this crucial series. While Kohli has been ruling the roost for a while, Ajinkya Rahane and Cheteshwar Pujara too have found their rhythm of late.

The evolution of Ashwin as an all-rounder has added greater balance to the side. The only cause for concern remains the form of India's openers.

England enjoyed a renaissance of sorts after Trevor Bayliss took over as head coach. Cook's men exhibited brilliant, positive brand of cricket to beat the-then top-ranked South Africa in their own backyard.

However, the team has failed to sustain the momentum in the recent past. England were unable to beat Pakistan at home, drawing the four-match series 2-2. After going 1-0 up against Bangladesh, they were comprehensively beaten in the 2nd Test by the hosts in the recently concluded series that ended 1-1.

The England batting, which has done well in patches, is bound to find it hard in the trying conditions in India. The youngsters in the side will have to defy the Indian spinners if England are to put up a fight in the series.

Comments
Topics mentioned in this article
India Cricket Team England Cricket Team Cricket India vs England 2016
Get the latest Cricket news, check out the India cricket schedule, Cricket live score . Like us on Facebook or follow us on Twitter for more sports updates. You can also download the NDTV Cricket app for Android or iOS.