India vs England: Five Key Player Battles to Watch Out For

England come to India having won the last three Test series against the current World No. 1 team. However, with Virat Kohli's men in fine fettle recently, the odds are heavily stacked in India's favour 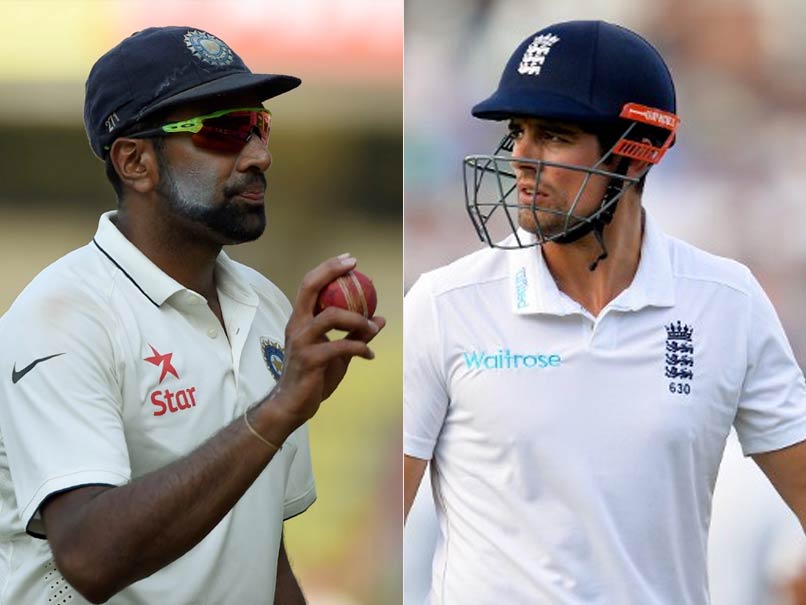 Ravichandran Ashwin's duel with Alastair Cook will be interesting to watch throughout the series.© AFP

It isn't a record that India would regard too highly. Of the 112 Test matches played against England, the Indian cricket team has managed to win on just 21 occasions, while losing 43 matches. Of those, 55 have been played at home, with 15 wins in the bag for India and 13 for visiting England teams.

This winter, England come to India having won the last three Test series against the South Asians. However, with Virat Kohli's men in fine fettle recently, the odds are heavily stacked in India's favour.

The Ravichandran Ashwin-led bowling attack recently wrecked havoc against New Zealand, and in the sub-continent's tricky conditions, England too are expected to face a very stiff test.

Here is a look at some of the key player battles which may shape the fate of this series:

Ravichandran Ashwin is in imperious form this year. The off-spinner starred in India's series wins over the West Indies and New Zealand, and has been picking wickets for fun in recent months.

His duel with Alastair Cook will be interesting to watch. The England skipper, with his form and experience, will be a tough nut to crack, and will look to spearhead his side's defence against India's most dangerous bowler at present.

Gautam Gambhir and Stuart Broad will both have important roles to play in the upcoming series for their respective sides. Given their experience at this level, both sides will hope to have them firing on all cylinders this winter. With Gambhir opening India's batting and Broad starting the visitors' bowling, the two will face off against each other quite often.

While Gambhir will hope to make the most of the opportunity he has received as a result of injuries to KL Rahul and Shikhar Dhawan, Broad will be aiming to hit peak form and return to his best in a series where England will be heavily relying on their bowlers to do well.

Ajinkya Rahane has offered India some much-needed solidity in the middle-order of late, with some consistent performances with the bat in the longest form of the game.

Moeen Ali, on the other hand, will be confident of doing well in conditions favourable for spinners, and the two are likely to be involved in an interesting personal match-up when India take to bat.

Ravindra Jadeja is always a dangerous bowler to face on Indian pitches. The spinner has been in good form recently, and will be a key figure for his side against England.

Joe Root, on the other hand, will be looking to get back to his best after failing to get a big total in the recent series vs Bangladesh. How he fares against the likes of Jadeja could be crucial in deciding which way the series swings.

There are very few batsmen in the world as good as Virat Kohli at present. The cricketer from Delhi has led India from the front with some outstanding batting performances this year.

On the other hand, Ben Stokes warmed up for the India series with 11 wickets in the two Tests vs Bangladesh. Against India, he will hope to further improve his form and help his side to an improbable series win. Kohli's wicket will be something all English bowlers will have their eyes on, and Stokes will try to make sure the Indian captain doesn't get going with his bat.