Ravi Shastri and Russell Domingo will land in Kolkata along with members of the Indian squad as well as the Bangladesh team. 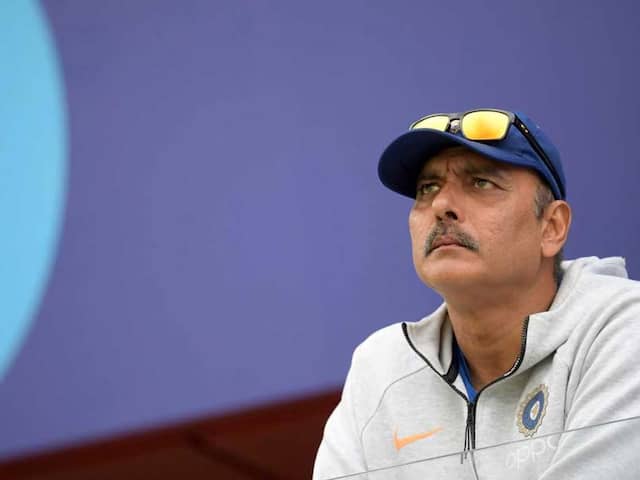 Ravi Shastri is slated to visit the Eden Gardens stadium after he lands in Kolkata.© AFP

India coach Ravi Shastri and Bangladesh counterpart Russell Domingo are likely to visit Eden Gardens after landing in the city for both India and Bangladesh's first-ever day-night Test, starting from Friday. "The coaches can go. They are scheduled to head to the Eden directly from the airport," local India team manager Samrat Bhowmick told IANS. In the morning, skipper Virat Kohli and vice-captain Ajinkya Rahane touched down at around 9:40 a.m. before the rest of the players and headed straight to the team hotel.

There was the usual fanfare at the Netaji Subhas Chandra Bose International Airport as many fans sported pink t-shirts to celebrate the occasion.

At the team hotel, it was business as usual as nothing special was done keeping in tune with the historic Test.

Asked if Kohli would also be visiting Eden to have a look at the pitch, the local manager said he was not aware.

The pitch at Eden is likely to be a green top which will assist the Indian pace battery while for Bangladesh who had little joy in their innings and 130-run defeat in the first rubber, it will be all about bouncing back against the odds.

India team members and Bangladesh are slated to land in the same flight as the coaches. Rohit Sharma, pacers Mohammed Shami and Umesh Yadav would be the last to join the squad on Wednesday. Ishant Sharma will arrive late on Tuesday.

There is no scheduled practice for Tuesday.

Comments
Topics mentioned in this article
India vs Bangladesh Ravi Shastri Cricket
Get the latest updates on IPL 2020, check out the IPL Schedule for 2020 and Indian Premier League (IPL) Cricket live score . Like us on Facebook or follow us on Twitter for more sports updates. You can also download the NDTV Cricket app for Android or iOS.