Virat Kohli, Ajinkya Rahane To Be Among First To Reach Kolkata For Day-Night Test: Report

Virat Kohli and his deputy Ajinkya Rahane will be the first among the Team India players to reach Kolkata for the first-ever day-night Test against Bangladesh. 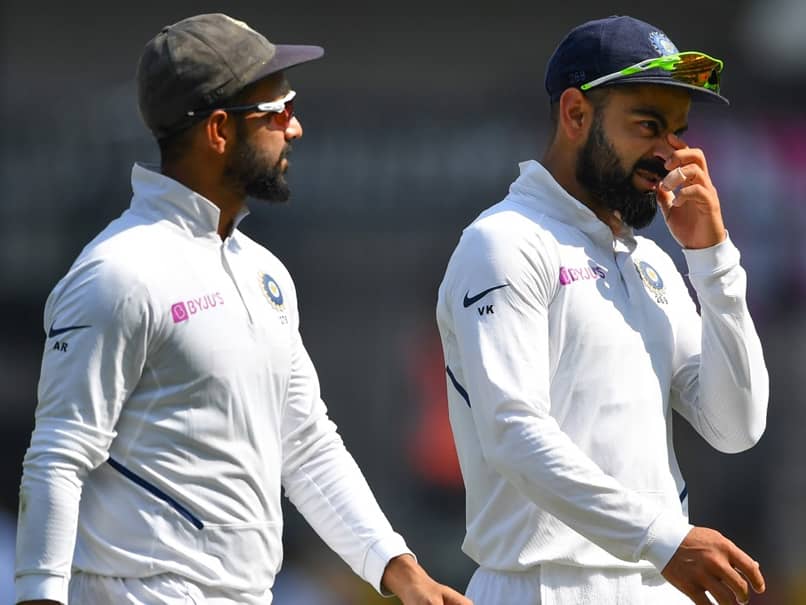 India thrashed Bangladesh by an innings and 130 runs in the first Test in Indore.© AFP

India captain Virat Kohli and deputy Ajinkya Rahane will be the first among the team members to reach the city for the much awaited first-ever day-night Test in the country, starting on Friday. India thrashed Bangladesh by an innings and 130 runs in the first Test in Indore. The rubber was over in three days, after which the team management decided to stay back and practice with pink SG balls under lights. According to information received on Monday, Kohli and Rahane are scheduled to land at 9:40 am on Tuesday, much ahead of the rest of the team.

It's still unclear whether the captain would visit the Eden Gardens on Tuesday to have a look at the pitch, but there are chances of him dropping by, according to sources.

The Eden track is expected to be a green top which the red hot Indian pace bowling battery would relish. The 22-yard strip was under covers on Monday with pitch curator Sujan Mukherjee saying that there won't be any pink ball testing before the action starts at 1 pm on Friday.

Besides Kohli and Rahane, Rohit Sharma will land in the wee hours of Wednesday, at 1:55 am while pacers Mohammed Shami and Umesh Yadav will arrive a bit later on the same day, at 9:35 am.

Ishant Sharma will also reach on Tuesday, at 10:45 in the night. The rest of the team is expected to come together at 12:30 pm on Tuesday along with the Bangladesh team.