India vs Bangladesh: After Shakib Al Hasan's suspension, the BCB announced that the T20I side will be led by Mahmudullah while Mominul Haque will lead the Test squad against India. 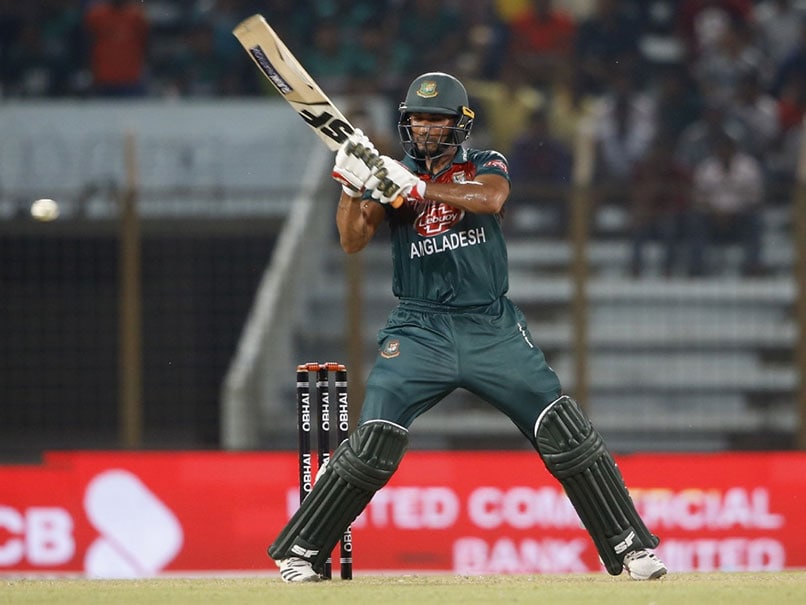 India vs Bangladesh: After Shakib Al Hasan's suspension, the T20I side will be led by Mahmudullah.© AFP

The Bangladesh Cricket Board (BCB) on Tuesday announced the Twenty20 Internationals (T20I) and Test squads for the upcoming  India tour, which begins with a three-match T20I series on November 3 in New Delhi. The T20I side will be led by Mahmudullah while Mominul Haque will lead the Test squad. While BCB hadn't announced their Test squad before, they were forced to name Shakib Al Hasan's replacement after he was suspended by the ICC for not reporting the "corrupt approaches on numerous occasions".

After the International Cricket Council (ICC) handed a two-year ban (one year suspended) to Bangladesh's Test and T20I skipper Shakib Al Hasan, he was ruled out of the upcoming India's tour.

Shakib was handed suspension after he "accepted three charges of breaching the ICC Anti-Corruption Code".

Taijul Islam has been named as Shakib's replacement in both Test and T20I squads.

Apart from naming Shakib's replacement, the BCB also made a couple of more changes to their T20I squad which was announced earlier this month.

Tamim Iqbal has been replaced by Mohammad Mithun after he decided to sit out of the series due to personal reasons.

Mohammad Saifuddin, who was ruled of the series with an injury, made way for Abu Haider Rony in the T20I side.

Talking about the Test side, fast bowler Mustafizur Rahman who was out with an injury will be strengthening their side in game's longest format.

Mustafizur Rahman
Get the latest updates on IPL Auction 2023 and check out  IPL 2023 and Live Cricket Score. Like us on Facebook or follow us on Twitter for more sports updates. You can also download the NDTV Cricket app for Android or iOS.