Australian batsmen put a lot of work into net training sessions to deal with India's spin arsenal, said the vice-captain. 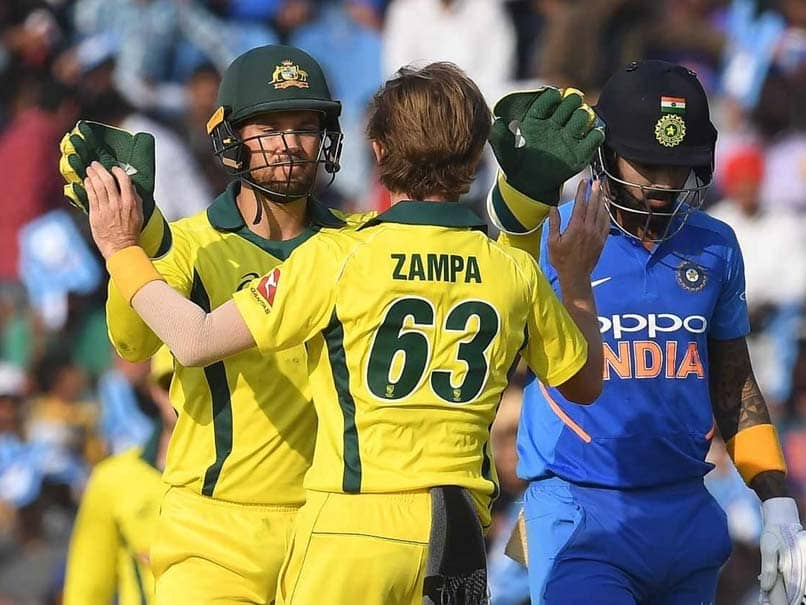 Alex Carey said the visitors are high on confidence on eve of the 5th ODI.© AFP

Australia's successful chase in the 4th ODI of the ongoing 5-match series against India has not only left the hosts shocked, but has also suddenly turned the Aussies into one of the contenders to win the 2019 World Cup. Before that, the visitors have a chance to seal a historic triumph if they win the 5th ODI in New Delhi on Wednesday. Even in Australia's long illustrious history, never have they won a series after trailing 2-0. Vice-captain Alex Carey, however, feels that the team's newfound confidence is down to the hardwork that has been put into preparations in the last year or so.

Speaking to media before the series decider, Carey, one of the players who has stepped up to fill in the void left by the suspensions of Steve Smith and David Warner over the last year, said confidence is high in the visitors' dressing room on the eve of the series-decider.

"We were put under pressure early in the series. Really exciting with the series on the line and the boys are very excited. For us, we played some very good cricket even in the first two games, but just fell short. We have been working really hard and success is starting to come. We are really confident going into the final game tomorrow," Carey said.

The likes of Steve Smith, David Warner and Mitchell Starc are expected to return to the fold for the World Cup, and Carey feels it is a healthy sign to see such competition for places. "I hope so. Those are big names waiting to come back. This is very healthy for Australian cricket," he said.

"If you look across the board, everyone has done well. Usman Khawaja and Ashton Turner have done well, Peter Handscomb scored his first hundred, Adam Zampa and Glenn Maxwell have done well. It is really good to see the players doing well in really high-pressure games," he added.

Carey also spoke about the amount of work the Australian batsmen put into net training sessions to deal with India's spin arsenal, something that has often proved to be Australia's undoing in the subcontinent. "We have worked really hard on playing spin bowling at the nets. Getting the rewards of the hardwork for the last 18 months. Also training against some quality Indian spinners at the nets. It will again be a good contest tomorrow. Pleasing to see the performance," he said.

Glenn Maxwell India vs Australia, 2018/19 Cricket
Get the latest updates on IPL 2021, IPL Points Table , IPL Schedule 2021 , live score . Like us on Facebook or follow us on Twitter for more sports updates. You can also download the NDTV Cricket app for Android or iOS.