Steve Smith and David Warner will be available for national selection from March 29. 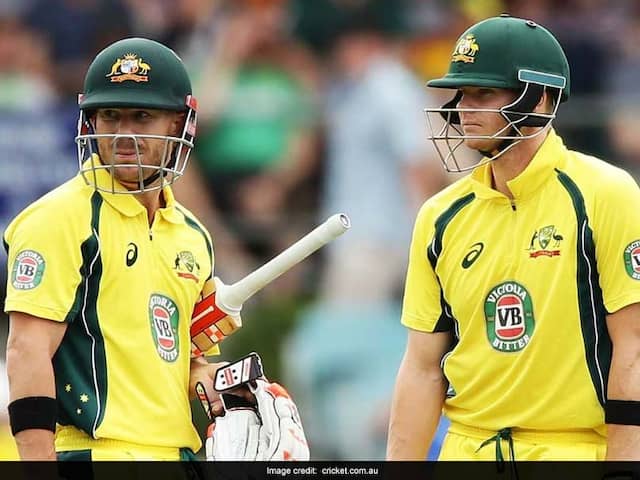 Ricky Ponting has faced tough times in his 17-year long international career and believes the "hardest part" about tainted Australian cricketers Steve Smith, David Warner's return will be the public perception. The former Australia skipper also opined that the duo will have to cope up with everything that comes their way after resuming their international careers following the 12-month bans. However, earlier this month, Smith and Warner were both not included in Australia's squad for the ODI series against Pakistan in UAE despite being eligible for the final two games after their ball-tampering bans expire.

"I'm sure this would have been talked about at a higher level for a long time - how do we integrate them back in? How do they fit in? How is it all going to be seamless," Ponting told cricket.com.au.

"But the hardest part for those guys is going to be the public perception of us, especially in England.

"They're coming back into a World Cup in the UK - they shouldn't be expecting too many pats on the back over there.

"They're going to cop it everywhere they go. They've got to know that, they've got to accept that and understand that," the two-time World Cup winning captain added.

When Smith returns to ODI cricket, he will be featuring in his 109th match while Warner will be representing his national team on the 107th occasion.