David Warner Waiting For Turnaround, Eager to Score vs India 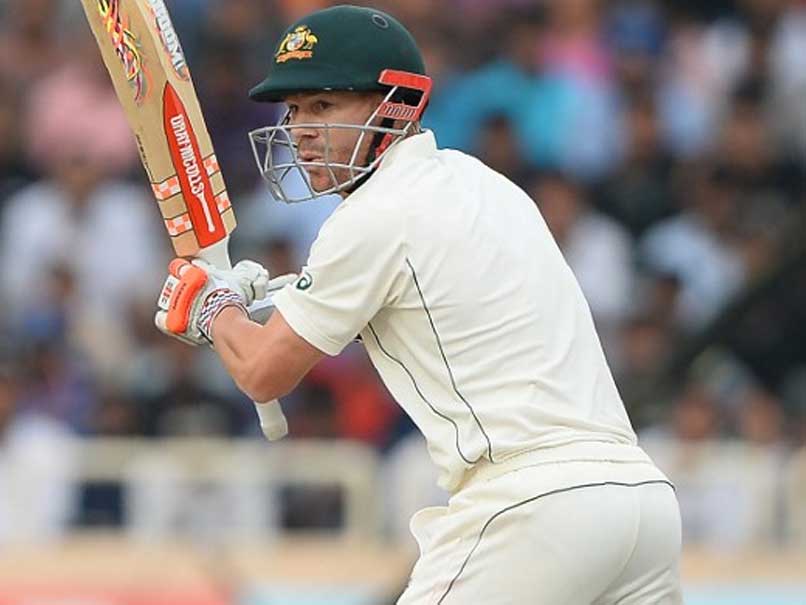 David Warner says he is eager to score against India© AFP

Australia opener David Warneris only waiting for a turnaround and is eager to score a big one in the last Test against Indiain Dharamsala. It has been a barren run for Warner since arriving in India but the left-hander is hopeful of a turnaround, saying he will soon be among runs. The has managed just 131 runs in six innings with a 38-run knock of the Pune Test being his best so far. Warner said there was nothing wrong with him as he was striking the ball quite well.

"I feel fantastic, I couldn't be hitting the ball any better but it's just that the runs aren't coming for me at the moment. That will come, it will turn around," Warner told reporters.

"I just have to keep being disciplined and making sure that my preparation is still the same - not change anything, and just go about my business as I do," he said.

The aggressive batsman said he was not the first cricketer to endure a tough period.

"Numbers always pop up everywhere. For me it's about putting my best foot forward and trying to put my team in a position that we can either defend or win games. That's what that's about. Everyone in world cricket, greats and legends of the game have had stints overseas or at home (where) they've had some form slumps. That's just the game of cricket."

He said he has done it in past, emerging out of a lean patch, adding he can do it again.

"That's in the back of your mind you've got to keep telling yourself you've done the hard yards, you just don't lose it overnight. There were tough periods where I kept on thinking to myself 'am I actually doing the work at training?' I sort of second guessed myself.

"I had a couple of words to some boys around Christmas time and they weren't seeing any trends or anything with my dismissals, everything I was doing at training was spot on and in the normal way I go about it.

Warner said he has been giving Australia steady starts with Matt Renshaw but need to convert those into big ones.

"For the team's sake we need to get off to a good start," Warner said.

"As a partnership, me and Renners have been getting off to an okay start. None for 50 over here, you need those to be none for 100. We've seen the Indians do it before, batting big and (making) partnerships of 200."

(Except for the headline, this story has not been edited by NDTV staff and is published from a syndicated feed.)
Comments
Topics mentioned in this article
India Cricket Team Australia Cricket Team David Warner Matt Renshaw India vs Australia 2017 Cricket
Get the latest updates on ICC T20 Worldcup 2022 and CWG 2022 check out the Schedule, Live Score and Medals Tally. Like us on Facebook or follow us on Twitter for more sports updates. You can also download the NDTV Cricket app for Android or iOS.