David Warner Will Continue to Attack R Ashwin Despite Risks

R Ashwin has dismissed David Warner three out of four times in the ongoing Test series between India and Australia which is locked 1-1. 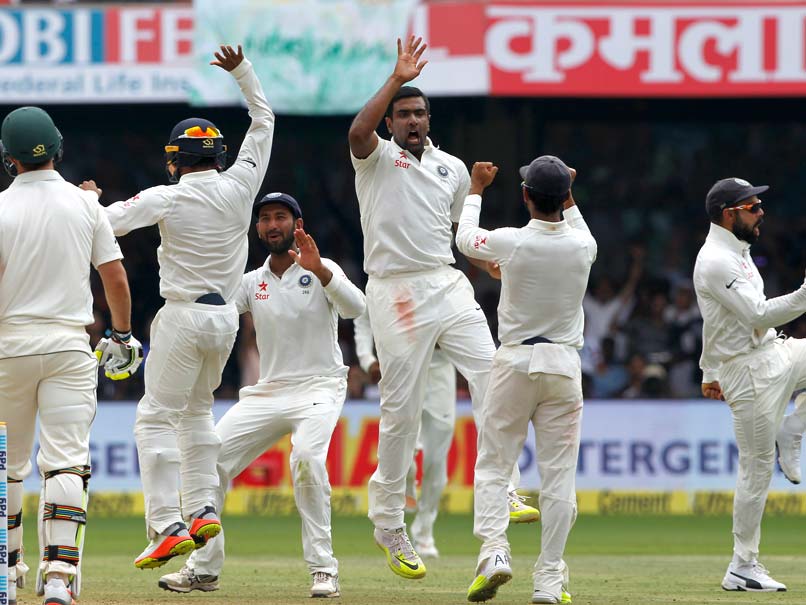 R Ashwin has dismissed him three out of four times in the ongoing series between India and Australia, but explosive opening batsman David Warner said on Saturday that he will not stop him from attacking the off-spinner in the next two Tests. The southpaw said he will not back down from playing his shots against Ashwin despite the risks involved in such an approach. "He has got me now on nine occasions so credit to him for that," Warner told the Australian media on Saturday.

The four-match Test series is currently locked at 1-1 with the third Test to be played in Ranchi from March 16.

Ashwin bowled Warner in the first innings of the second Test with a sharp away turner from over the wicket before trapping him in front of the stumps in the second innings.

"The last Test I was contemplating that (switch hits), I tried to play a reverse sweep. The only concern for me is the variable bounce, that's always the challenging thing," he said.

Getting the switch hit into play is one way of disturbing Ashwin's rhythm but on Indian wickets, but that ploy is fraught with danger, feels Warner.

"If you miss that and switch hit you can still be given out lbw, but if you reverse you can't. You have to be careful."

"I know in my mind if I play a shot (against Ashwin), he will change something. I know if he tries something I'm thinking in the back of my mind, how am I going to score?

"He's a fantastic bowler, he's got a lot of wickets in his backyard and I have to respond to that," said the dangerous opener.

The star spinner has put the opposition batsmen, including Warner, under severe pressure and the constant chatter from close-in fielders has only added fuel to the fire. Warner claimed that he has stopped responding to sledging.

"I don't need to respond, not anymore (to sledging)," said Warner, who was once fined by the ICC for accusing South Africa of ball tampering.

"I can only speak on behalf of our Australian cricket team and the way we approach the game and approach the off fields. I'd be pretty upset if one of our players or staff did that.

"But at the end of the day there's going to be a lot of niggles here and there around certain things and I think just a few people got out of hand."

Warner was also asked to respond to Pujara's post-match comments in a video posted by the BCCI. Pujara alongside skipper Virat Kohli was not shy of having a word or two with the incoming batsman.

"It's just a rule of the cricketing world you keep everything on the field but that's up to them. From our point of view, we'll never do that," said Warner.

Talking about the latest bat-size restrictions imposed by the Marylebone Cricket Club, Warner said that changes will not have a major impact.

"We're just going to have to adapt to the changes. The ball will still go the same distance, still go to the fence, we'll still get our ones and twos. The odd nick might not carry this time," said Warner.

The MCC recently announced that from October onwards, bat size will be restricted to a maximum of 108mm in width, 67mm in depth and 40mm edges. The current bat that Warner uses has a depth of 85mm, 18mm more than what will be allowed from October.

Warner is confident that Pat Cummins will do the job for the team in the absence of injured pacer Mitchell Starc.

"We know he's got a lot of pace which he will definitely bring and that's one thing we always talk about. You always have to have someone who is a spearhead quick and that's always been the Australian approach and we know he's got that firepower," he said.

"It's been a long time (since his last Test) and he's been working his backside off to get his body right for one and it was great to see him come back and play the Shield game the other day and bowl well. We know with Patty as (Starc's) replacement we're going to have that firepower there if the selectors go that way," Warner added.

Comments
Topics mentioned in this article
India Cricket Team Australia Cricket Team Ravichandran Ashwin David Warner India vs Australia 2017 Cricket
Get the latest updates on ICC T20 Worldcup 2022, check out the Schedule and Live Score. Like us on Facebook or follow us on Twitter for more sports updates. You can also download the NDTV Cricket app for Android or iOS.