Pat Cummins himself has been plagued with multiple injuries, derailing his Test career after making a stunning Test debut against South Africa at Wanderers in November 2011. 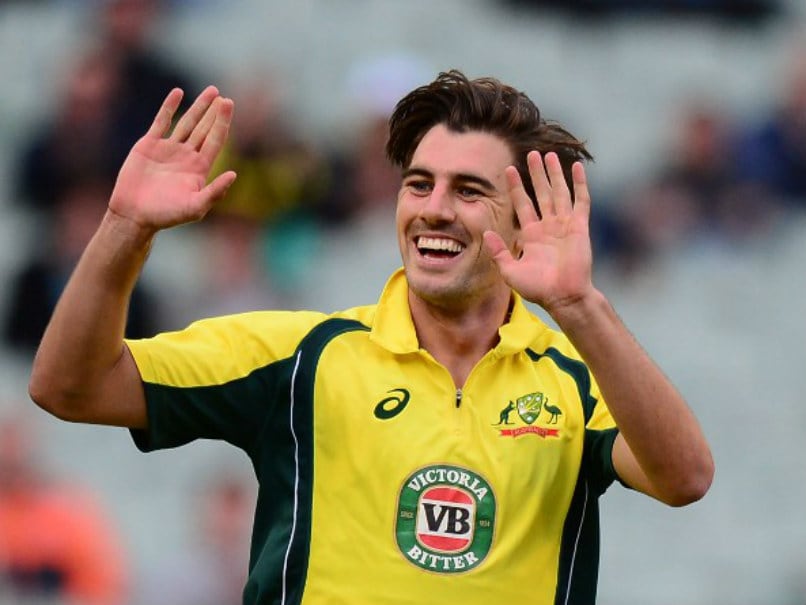 Pat Cummins has played 28 ODIs for Australia but has not played a Test since November 2011.© AFP

Australia have named Pat Cummins as replacement for injured pacer Mitchell Starc for the remaining two Tests of the four-match series against India. The right-arm paceman will play his first Test since 2011 if he is included in the Australia squad for the third Test in Ranchi, starting March 16. Starc was ruled out of the remainder of the series on Friday and has been forced to return home having been diagnosed with a stress fracture in his right foot. Starc's absence will be a massive blow to Australia's hopes of making a fist of the rest of the series, presently tied at 1-1.

Cummins himself has been plagued with multiple injuries, derailing his Test career after making a stunning Test debut against South Africa at Wanderers in November 2011.

"It's unfortunate to lose Mitch out of the squad in India," selection panel chair Trevor Hohns was quoted as saying by cricket.com.au.

"In selecting Pat, we were looking for a strike bowling replacement option. Pat has impressed in his return to cricket this summer with consistent performances in his ODI, Twenty20 International and Big Bash matches.

"He has also had a very good Sheffield Shield return for New South Wales, after six years off, where he made a notable Shield best 4-57 in the first innings, before bettering those figures in the second innings with 4-47 in his man-of-the-match performance."

The Australian pacer broke on to the international stage as a teenager, registering match figures of seven for 117.

However, injuries have been a major stumbling block for the 23-year-old, which has restricted him to taking part in limited overs cricket.

Cummins will have massive shoes to fill if included in Australia's playing XI in Ranchi.

Starc had played a key role both with the bat and ball in the opening two Tests, picking up five wickets besides scoring a crucial half century on a rank turner in Pune.

The star pacer joined all-rounder Mitchell Marsh, who was ruled out of the series with a shoulder problem, in the injury ward.

Comments
Topics mentioned in this article
Australia Cricket Team India Cricket Team Pat Cummins Mitchell Starc India vs Australia 2017 Cricket
Get the latest updates on ICC T20 Worldcup 2022, check out the Schedule and Live Score. Like us on Facebook or follow us on Twitter for more sports updates. You can also download the NDTV Cricket app for Android or iOS.