Dale Steyn, who has been sidelined from the current ODI and Twenty20 series against England due to injury, has been included in the South Africa squad for the 2016 ICC World Twenty20. 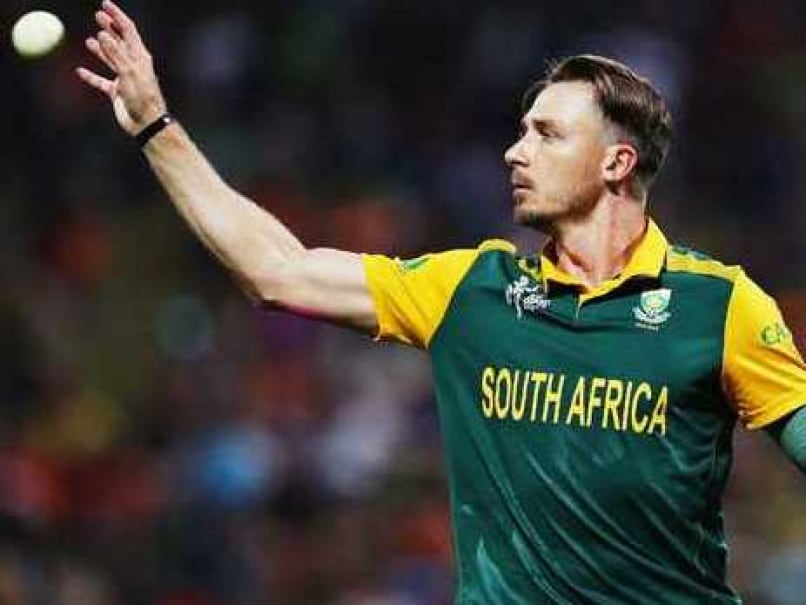 Dale Steyn has been plagued by injuries in the last one year but his selection in the South Africa squad for the ICC World Twenty20 is a welcome boost.© Getty Images

Dale Steyn, who has been sidelined from the current ODI and Twenty20 series against England due to injury, has been included in the South African squad for the 2016 ICC World Twenty20 which will be played in India from March 08. (Dale Steyn Eyes World Twenty20 in India)

David Wiese and Aaron Phangiso have also been included in the South Africa squad while there was no place for Morne Morkel, Steyn's opening bowling partner, in the 15-man squad.

Speaking on the team selection, South Africa's Twenty20 skipper Faf du Plessis said, "The World T20 is the competition that we have been working towards over the last 18 months. We have had disappointments in the past and this year is another great opportunity for us to lift that elusive ICC trophy. We have been playing together as a squad for some time now and are really hungry and motivated."

The big surprise was Morkel's omission, who has not played in Twenty20 internationals since the New Zealand series in August 2015. It was a bad day for the Morkel brothers as Albie Morkel, who had come back to the South African team after 18 months during the India series, was also not picked.

Phangiso, who also did not play in the Twenty20 series against India, was part of the ODI squad which won their first-ever bilateral ODI series in India.

Wiese, who had missed the India series due to a fractured hand, will get a chance to showcase his skills in the upcoming two Twenty20 matches against England.

Cricket South Africa (CSA) selection convener, Linda Zondi, said in a statement released by the board, "We have a lot of experience in this group with 10 of the players having played in the last World Twenty20 in 2014, also on the sub-continent. The inclusion of Aaron means that we have all our spin bowling options covered with he, Imran Tahir and JP Duminy offering the different varieties. Left-arm spin bowlers tend to play big roles under Indian conditions."

South Africa are placed in Group 1 along with 2014 champions Sri Lanka, 2012 champions West Indies and 2010 champions England. South Africa's best showing in this tournament has been the semi-finals in 2009 and 2014 where they were defeated by Pakistan and India respectively.

South Africa open their campaign against England on March 18 at the Wankhede stadium.

Comments
Topics mentioned in this article
South Africa Cricket Team Dale Steyn Aaron Phangiso Kagiso Rabada David Wiese Cricket World T20, 2016 Morne Morkel
Get the latest updates on IPL Auction 2023 and check out  IPL 2023 and Live Cricket Score. Like us on Facebook or follow us on Twitter for more sports updates. You can also download the NDTV Cricket app for Android or iOS.