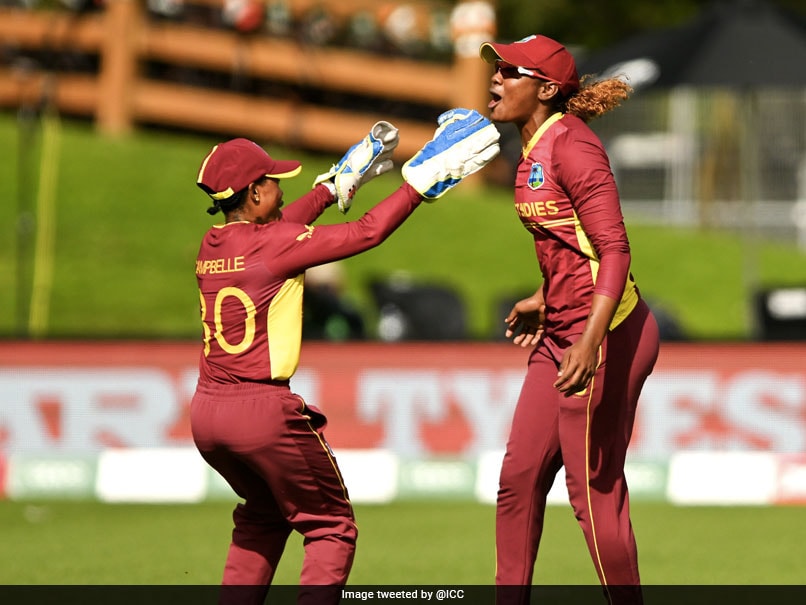 Hayley Matthews continued West Indies women's impressive outing in the field in the ongoing Women's World Cup as she took a breathtaking one-handed catch at first slip off Anisa Mohammed's bowling to help her team dismiss India batter Deepti Sharma on Saturday. Post Deepti's wicket, India were on the backfoot after a bright start from openers Yastika Bhatia and Smriti Mandhana. Deepti was starting to look threatening, having scored 15 runs off just 20 balls before Mohammed's ball found the edge of her bat. The swing off the bat was quite hard and it took a brilliant reflex diving catch by Matthews to get rid of the batter.

West Indies Women have set quite a benchmark so far in the tournament with some tremendous fielding and catching.

Deandra Dottin, for example, has been the highlight of the tournament with her superb one-handed diving catch in the point region in their match against England to dismiss batter Lauren Winfield Hill.

India skipper Mithali Raj, earlier today, won the toss and decided to bat first. A decision which comes after India opted to field and chase against hosts New Zealand in their last game, which they went on to lose by 62 runs.

India went in with an unchanged side with Yastika Bhatia keeping her place at the top of the order. Youngster Shafali Verma continued to warm the bench after being left out in the last match as well against New Zealand.

At the time of writing this, India were going strong after losing three wickets in quick succession. Smriti Mandhana and Harmanpreet scored fine half-centuries to put India on track of a big score.

Seddon Park, Hamilton ICC Women's World Cup 2022 Cricket West Indies Women vs India Women, Match 10
Get the latest updates on Fifa Worldcup 2022 and check out  Fifa World Cup Schedule, Stats and Live Cricket Score. Like us on Facebook or follow us on Twitter for more sports updates. You can also download the NDTV Cricket app for Android or iOS.