U19 World Cup Final: 5 Indian Players To Watch Out For

India take on England in the U19 World Cup final at the Sir Vivian Richards Stadium, North Sound in Antigua on Saturday. 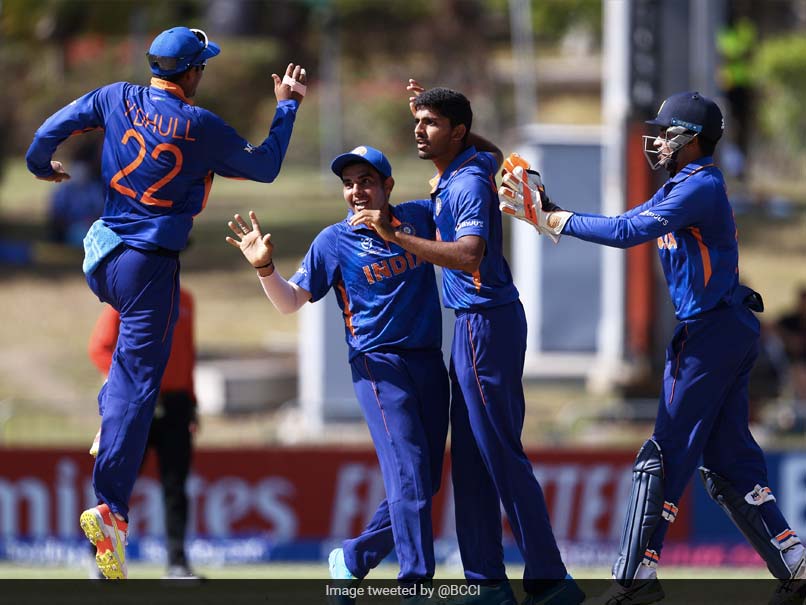 India take on England in the U19 World Cup final at the Sir Vivian Richards Stadium, North Sound in Antigua on Saturday. India will be contesting their fourth successive U19 World Cup final after they comfortably beat Australia in the semi-finals. India have reached the U19 World Cup final eight times in 14 editions, emerging triumphant on four occasions. England will be looking to foil India's bid for a record-extending fifth title but with Indian players in top form, the English team will have its task cut out.

India and England have a had a perfect run to the final, winning every single match in the tournament so far.

Here is a look at Indian players who have stood out in this edition of the U19 World Cup and will once again play a key role if India are to get their hands on the coveted trophy again:

The Indian skipper missed a couple of matches due to Covid but is still India's third highest run-getter in the tournament so far, behind Angkrish Raghuvanshi (278) and Raj Bawa (212). Dhull scored a crucial century after walking out to bat with India in a spot of bother in the semi-final against Australia. Along with Shaik Rasheed, Dhull added 204 runs for the third wicket to put India in a strong position.

The Indian skipper has scored 212 runs in three matches in the tournament so far, averaging 106. He also has a half-century to his name and boasts a strike-rate of 89.83.

India's top performer with the bat, Angkrish Raghuvanshi has been a revelation for the tean in the U19 World Cup so far. The right-handed batter has amassed 278 runs in five matches, scoring at an average of 55.60. The opener is fourth in the list of top run-getters in the tournament.

Raghuvanshi has also chipped in with the ball, taking two wickets in the tournament so far.

Another batter from India who has impressed so far is Raj Bawa. The middle-order batter was in rampaging form in the match against Uganda, smashing 162 not out off just 108 balls. In total, he has scored 217 runs at an average of 72.33 and a strike-rate of 110.71.

India's leading wicket-taker in the tournament, left-arm spinner Vicky Ostwal has been head and shoulders above the rest of the Indian bowlers. With 12 wickets from five matches, Ostwal is seventh in the list of most wickets taken in this year's edition.

Not only has he taken wickets, but he has bowled at a miserly economy rate of 3.39.

The impressive medium pacer has hurried a lot of batters in the tournament so far. While he is not among the top wicket-takers in the ongoing U19 World Cup, nonetheless, Hangargekar has made key contributions for the Indian team throughout the tournament.

He has taken five wickets at an economy rate of 3.35 and also used the long handle to good effect towards the fag end of India's batting innings.

England U19 Yash Dhull Raj Angad Bawa Angkrish Raghuvanshi Vicky Ostwal Rajvardhan Hangargekar ICC Under 19 World Cup 2022 Cricket
Get the latest updates on ICC T20 Worldcup 2022, check out the Schedule and Live Score. Like us on Facebook or follow us on Twitter for more sports updates. You can also download the NDTV Cricket app for Android or iOS.