U-19 World Cup: Chasing a target of 233, South Africa failed to benefit from a good start given by Valintine Kitime (25) and Brewis (65) as they were eventually bowled out for 187 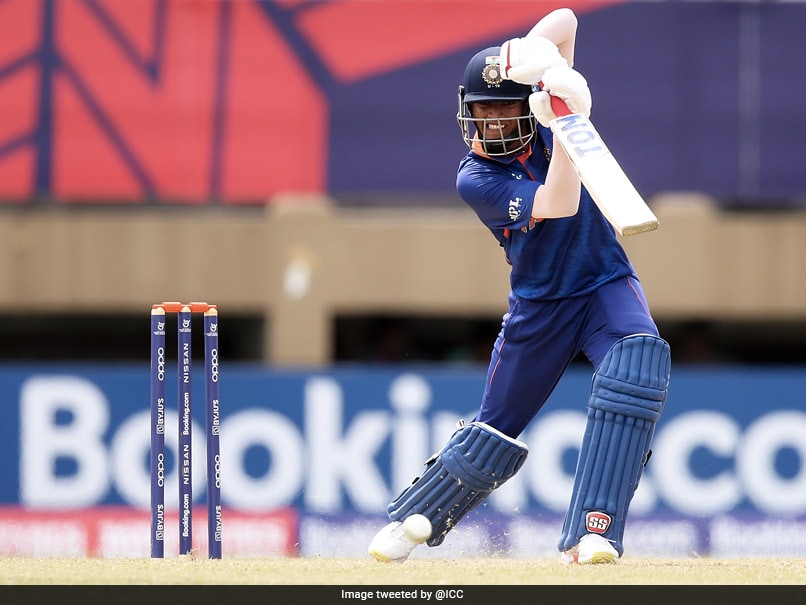 Captain Yash Dhull starred with the bat while Vicky Ostwal delivered the goods with the ball as India defeated South Africa in their opening game of the U-19 Cricket World Cup at the Providence Stadium in Guyana on Saturday. After being put on to bat first, India lost both their openers Harnoor Singh and Angkrish Raghuvanshi early as Aphiwe Mnyanda struck twice. But, Dhull and Sheik Rasheed steadied ship, adding 72 runs for the third wicket before the latter was dismissed on 31.

Dhull, however, continued his vigil, scoring 82 off 100 balls as Nishant Sindhu and Kaushal Tambe almost made handy contributions for the four-time champions.

Their efforts helped India post a total of 232 for all out.

Chasing a target of 233, South Africa failed to benefit from a good start given by Valintine Kitime (25) and Brewis (65) as they were eventually bowled out for 187.

Ostwal bagged a five-for while Raj Bawa took four for 47 as India sealed a convincing 45-run win to kick start their U-19 World Cup campaign.

With this win, India moved to the top of Group C ahead of Ireland, who defeated Uganda by 39 runs in the other fixture at Georgetown.

India will now face Ireland at the Brian Lara Stadium in Trinidad on January 19 before taking on Uganda in their final group game on January 22 at the same stadium.

India U19 Yash Dhull Vicky Ostwal Raj Angad Bawa Aphiwe Mnyanda Valentine Kitime Providence Stadium, Guyana ICC Under 19 World Cup 2022 Cricket India Under-19 vs South Africa Under-19, Match 4
Get the latest updates on IPL Auction 2023 and check out  IPL 2023 and Live Cricket Score. Like us on Facebook or follow us on Twitter for more sports updates. You can also download the NDTV Cricket app for Android or iOS.