India vs Australia U19 World Cup: How India and Australia Have Fared Against Each Other In Knockout Stages

U-19 World Cup: Ahead of the second semi-final later today, let's take a look at how India and Australia have fared up against each other in U-19 knockout matches 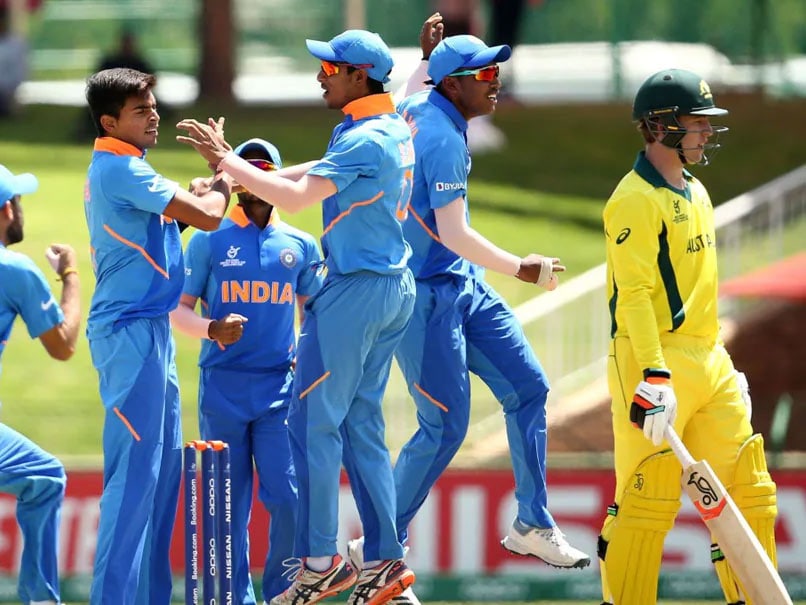 U-19 World Cup: How India and Australia have fared against each other in knockouts.© ICC

India will take on Australia in the second semi-final of the ongoing U-19 World Cup at the Coolidge Cricket Ground in Antigua on Wednesday. This is the third time in as many editions that India and Australia will be facing each other in a knockout match. India are unbeaten in the tournament so far, while Australia had to face defeat in their final group match against Sri Lanka. Ahead of the second semi-final later on Wednesday, let's take a look at how India and Australia have fared up against each other in U-19 knockout matches:

Led by their flamboyant captain Mohammad Kaif, India took on an Australia team, featuring the likes of Shane Watson, Shaun Marsh and Mitchell Johnson in the semi-final of the 1999/2000 U-19 World Cup.

After beating New Zealand and South Africa in the semis respectively, India and Australia met in final of the 2012 U-19 World Cup in Townsville.

After restricting Australia for a total of 225/8, India, on the back of captain Unmukt Chand's century, won the match 6 wickets and went on to lift their third U-19 World Cup title.

India won a record fourth U-19 World Cup title after beating Australia in the final of the tournament in 2018 at the Bay Oval in Mount Maunganui.

After electing to bat first, Australia were rolled over for 216 by the Prithvi Shaw-led Team India.

In reply, India chased down the target with 8 wickets to spare, thanks largely to Manjot Kalra's unbeaten knock of 101.

Led by Priyam Garg, India took on Australia in the first quarter-final in Potchefstroom, aiming to book a place in the semi-finals of the tournament.

After being put in to bat first, India went on to stitch a decent total of 233 for nine, on the back of half-centuries from Yashasvi Jaiswal and Atharva Ankolekar.

In reply, Australia were bundled out for 159 as India won the match by 74 runs.

Notably, India's hopes of winning a record-extending fifth U-19 World Cup title were ended after they were stunned by Bangladesh in the final that edition.

Unmukt Chand Prithvi Shaw Priyam Garg ICC Under 19 World Cup 2022 Cricket India Under-19 vs Australia Under-19, 2nd Semi-Final
Get the latest updates on Fifa Worldcup 2022 and check out  Fifa World Cup Schedule, Stats and Live Cricket Score. Like us on Facebook or follow us on Twitter for more sports updates. You can also download the NDTV Cricket app for Android or iOS.