ICC U-19 World Cup: India face Australia in their semi-final fixture at the Coolidge Cricket Ground on Wednesday. 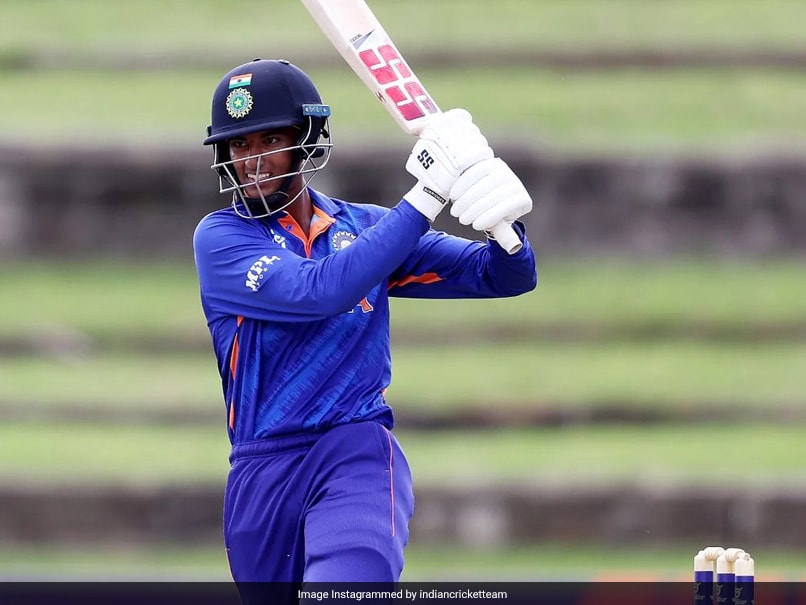 ICC U-19 World Cup: Angkrish Raghuvanshi has been in fine batting form for India.© Instagram

India face Australia in the Super League Semi-Final 2 of the ongoing ICC U-19 Cricket World Cup at the Coolidge Cricket Ground in Antigua on Wednesday. India are in fantastic form and are unbeaten in the tournament. They defeated Bangladesh in their quarter-final match by five wickets to progress to the semis. Meanwhile, Australia also cruised past Pakistan in their quarter-final, clinching a win by 119 runs. Also, India reportedly have a fully-fit squad for their semi-final game after getting heavily hit with Covid-19 cases during the group stage. Meanwhile, Nishant Sindhu has also reportedly tested negative after testing positive against Uganda. The likes of Angkrish Raghuvanshi and Vicky Ostwal will be aiming to build on their fine form against the Aussies and also lead their team in the list of run-scorers and wicket-takers respectively.

Here is the list of India's top performers in the ICC U-19 Cricket World Cup:

Raghuvanshi has already registered 272 runs in four matches, which is also the fourth-highest in the competition this year. The youngster also smashed 144 runs against Uganda, which is the third highest individual score in the tournament so far. The opening batter has smacked 39 fours and six maximums. The opener will be aiming for a top knock against Australia in the semis.

Bawa was in fantastic form against Uganda and registered an unbeaten knock of 162 runs. It also became the highest individual score by an Indian batter in U-19 World Cup history. In four matches, the middle-order man has bagged 217 runs, also smashing 17 fours and nine sixes.

Raghuvanshi's opening partner Harnoor has registered 104 runs in four matches with a highest score of 88. He will be aiming to build a strong partnership with Raghuvanshi and give India's batting order a strong start vs Australia.

Team captain Dhull has managed to play only two matches until now and also had earlier tested positive for Covid-19. He is reportedly available for the semi-final, after having played the wuarter-final against Bangladesh. In two matches, he has bagged 102 runs including a knock of 82 runs. The Team India skipper will be integral to his side's success against Australia.

Nishant has registered 78 runs in three matches and also tested positive after the final league game against Uganda. He has reportedly tested negative too.

Vicky Ostwal is his side's highest wicket-taker with nine dismissals in four fixtures. He had a fantastic start to the tournament with a five-wicket haul vs South Africa in the opener as India went on to win by 45 runs in Guyana. The left-arm spinner will be key to his side's strategy in the semi-final.

Hangargekar has bagged five dismissals in four matches for India. He will be aiming to complement Ostwal against Australia and increase his wicket tally.

Nishant has taken four wickets in three matches for India. Having reportedly tested negative for Covid-19, he will be hoping to impress.

Ravi Kumar has bagged four dismissals in four matches. The fast bowler will be a key part of Dhull's strategy.

Other than his impressive performance with the bat, Bawa has also taken four scalps in four games for India.

Australia U19 Angkrish Raghuvanshi Yash Dhull Raj Angad Bawa Vicky Ostwal ICC Under 19 World Cup 2022 India Under-19 vs Australia Under-19, 2nd Semi-Final Cricket
Get the latest updates on IPL Auction 2023 and check out  IPL 2023 and Live Cricket Score. Like us on Facebook or follow us on Twitter for more sports updates. You can also download the NDTV Cricket app for Android or iOS.