Virat Kohli played a pivotal role in India reaching the 2014 T20 World Cup final and also the semi-final of the 2016 event, but he is still waiting to win the only ICC limited-overs title that he hasn't won as a player. 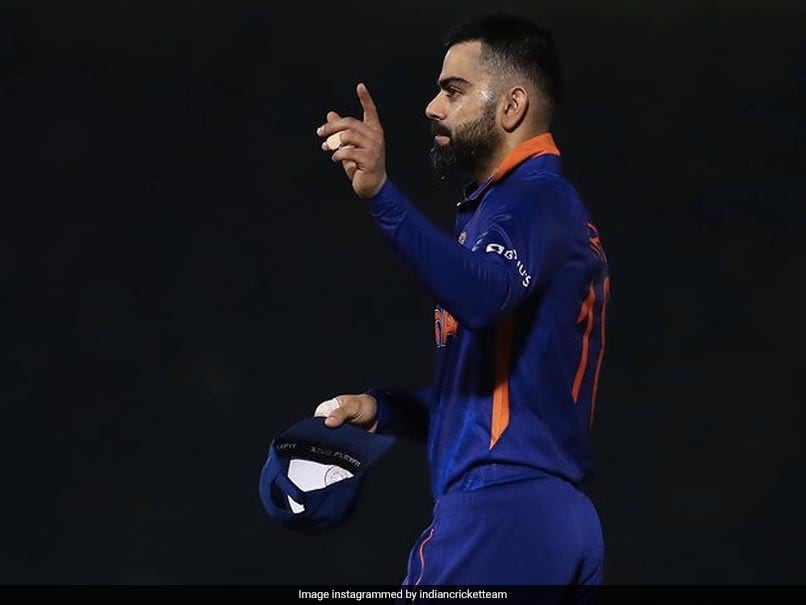 Virat Kohli will step down as India's T20 captain after the completion of T20 World Cup.© Instagram

The ICC T20 World Cup's group stage is underway in Oman and the UAE currently, but the fans are waiting for the big boys of international cricket to take centrestage from October 23, when the Super 12 stage begins. India will start their campaign against arch-rivals Pakistan on October 24 and will take on the likes of Afghanistan, New Zealand and two qualifiers in Group 2 of the Super 12 stage. There is a lot of expectation from the Indian team, as they start as one of the favourites for the title. India won the maiden T20 World Cup in 2007, but have failed to go all the way ever since. They lost in the final in 2014 and perished in the semi-final in 2016.

Virat Kohli, who is leading the team in a T20 World Cup for the first time in this edition, will step down from captaincy in this format after this event. Kohli and the Indian team has been waiting for an ICC tournament win desperately after losing in the Champions Trophy final in 2017 and then going down in the ODI World Cup semis in 2019.

India last won an ICC title in 2013 under the captaincy of MS Dhoni, who has joined the camp as mentor. Ever since Kohli has taken over the team in all formats, India's win percentage has gone up massively. But they are yet to win a global tournament and both the players and fans are keen for some silverware.

Former India opener Gautam Gambhir spoke about this desire of Kohli and the team while speaking on host broadcaster Star Sports' show FOLLOW THE BLUES.

"All he would be looking for is to win the T20 competition and I'm sure that the entire team will be looking to do that as well because it's been a long 14 years of wait," Gambhir said.

"I'm sure that it's not only about Virat Kohli that he's going to be captaining India for the last time in the T20 format, it's about just winning the tournament and him winning as captain will be icing on the cake," the 2007 WT20 winner added.

Kohli played a pivotal role in India reaching the 2014 T20 World Cup final and also the semi-final of the 2016 event, but he is still waiting to win the only ICC limited-overs title that he hasn't won as a player.

Virat Kohli ICC T20 World Cup 2021 Cricket
Get the latest updates on ICC Women's Cricket World Cup 2022 and IPL 2022, check out the Schedule , Live Score and IPL Points Table. Like us on Facebook or follow us on Twitter for more sports updates. You can also download the NDTV Cricket app for Android or iOS.