"Lost Half The Game After...": Shoaib Akhtar On India's Crushing Defeat To Pakistan In T20 World Cup 2021

A spirited Pakistan side registered a comprehensive 10-wicket win over the Virat Kohli-led side on Sunday. 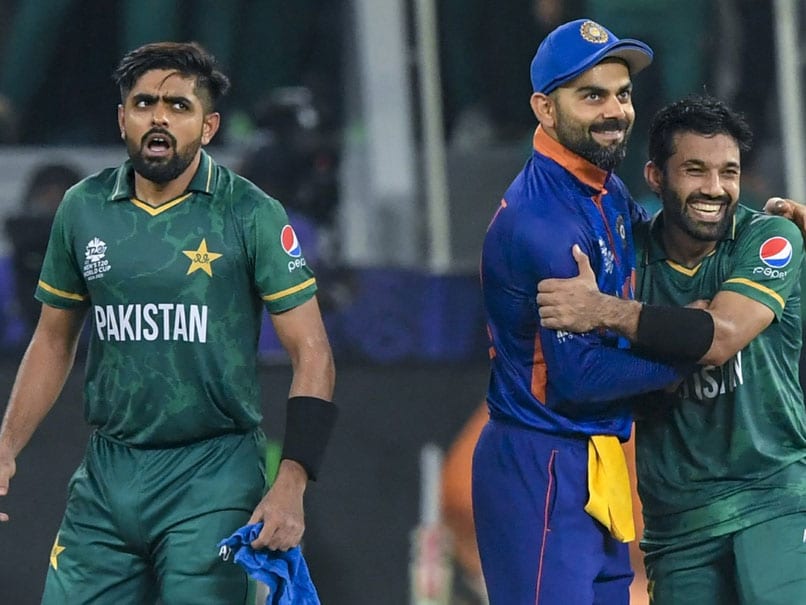 Former Pakistan fast bowler Shoaib Akhtar on Monday reacted to India's crushing defeat to arch-rivals Pakistan in the Super 12 stage of the ongoing T20 World Cup. A spirited Pakistan side, led by the dynamic Babar Azam, registered a comprehensive 10-wicket win over the Virat Kohli-led side at the Dubai International Stadium on Sunday. This was Pakistan's first win over India at World Cups (ODI and T20I). Akhtar explained that India lost half the match after skipper Virat Kohli lost the toss on Sunday.

"It was a historic day for the Pakistan cricket team. They won the game pretty convincingly. But the team should not get complacent as there's a lot of cricket left to play. India lost half the game after they lost the toss," said Akhtar, in a video uploaded on his YouTube channel.

The 46-year-old was all praise for Pakistan pacer Shaheen Afridi, who bowled a fiery opening spell to dismiss both the Indian openers, Rohit Sharma and KL Rahul, cheaply. He added that the Indian bowlers struggled to deliver under pressure, largely because of the dew factor in Dubai.

Akhtar also lauded Pakistan openers Babar Azam and Mohammad Rizwan for showing great composure. Rizwan remained unbeaten on 79 while Babar equally complimented him with a brilliantly crafted 68 not out.

"I knew that the Indian fast bowlers and spinners would've struggled with the dew factor in place. It was very hard to get any movement (swing and spin) with the dew on the outfield.

"Credit goes to Rizwan and Babar for showing great composure and getting the job done for Pakistan. Both players played with great maturity and didn't break a sweat," he added.

Shaheen Afridi ICC T20 World Cup 2021 Shoaib Akhtar Social Cricket
Get the latest updates on ICC T20 Worldcup 2022, check out the Schedule and Live Score. Like us on Facebook or follow us on Twitter for more sports updates. You can also download the NDTV Cricket app for Android or iOS.