"As Big As The Final": Shahid Afridi Wishes Pakistan Luck Ahead Of Crucial Semi-Final vs Australia

T20 World Cup, PAK vs AUS: Former skipper Shahid Afridi compared the semi-finals match vs Australia to the final itself for the in-form Pakistan team and wished them luck. 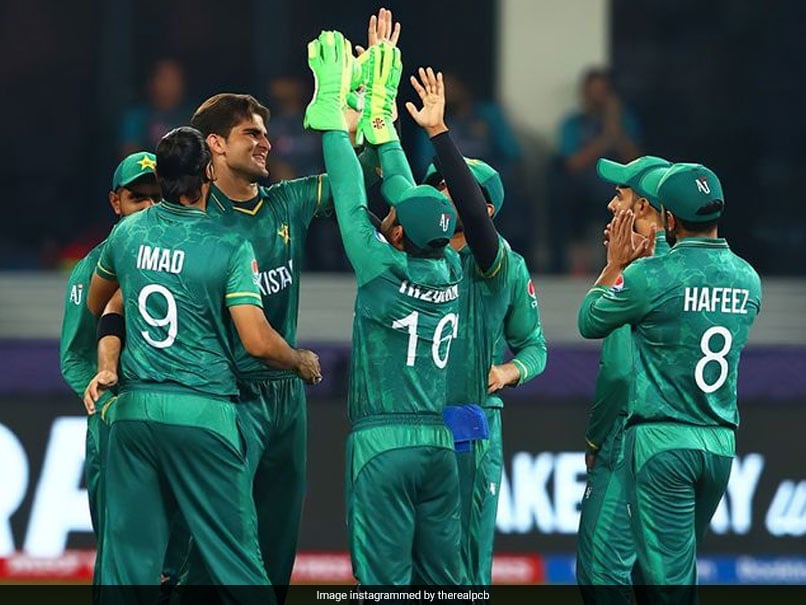 T20 WC: Pakistan will enter the semis vs Australia as favourites.© Instagram

Former T20 World Cup winner Shahid Afridi wished the Pakistan team luck ahead of their all-important semi-finals clash against Australia. Afridi also termed the match "as big as the final" and hoped the Babar Azam-led side clinch the title after a dominating performance so far in the tournament. Afridi, who captained the side to the semi-finals stage in the 2010 event in West Indies, wrote on Twitter, "All the best Pakistan! For me this is as big a game as the final. We played an incredible semi-final against Australia in 2010, I wish Babar and his boys go one step better today!."

All the best Pakistan! For me this is as big a game as the final. We played an incredible semi-final against Australia in 2010, I wish Babar and his boys go one step better today!

Afridi reminiscenced the loss in the 2010 semis against Australia by three wickets and one ball remaining after being in the driver's seat for the majority of the Australian innings.

Although, he hoped the current side will put aside the disappointments from that defeat against the same opponents and go with a fresh mindset.

Pakistan have clearly dominated their oppositions in this tournament with convincing wins in all their five matches leading to the last-four stage.

They overwhelmed India by 10 wickets and then followed it up with a resounding five-wicket win against finalists New Zealand.

They swept aside Afghanistan, Namibia and Scotland to register five straight wins and book their places in the semis.

Babar Azam ICC T20 World Cup 2021 Cricket Pakistan vs Australia, 2nd Semi-Final
Get the latest updates on SA vs IND 2021-22, check out the Schedule and Live Score . Like us on Facebook or follow us on Twitter for more sports updates. You can also download the NDTV Cricket app for Android or iOS.