India's chances of making the semi-finals now hang by a thread as they would have to rely on Afghanistan beating New Zealand and then win their remaining matches against the Afghans, Namibia and Scotland by huge margins to somehow try and squeeze into the last four. 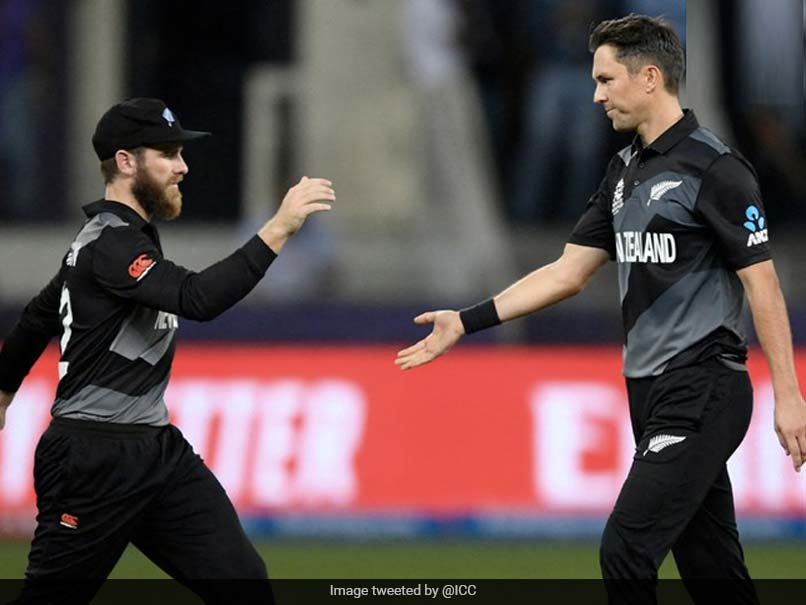 India slumped to their second successive loss in Group 2 of the Super 12 stage of the ongoing ICC T20 World Cup in Dubai as they were completely outclassed by New Zealand. Kane Williamson's team wrapped up the match by 8 wickets, reaching their target of 111 runs in just 14.3 overs. The victory was set up by New Zealand's bowlers after Williamson put India in to bat on winning the toss. India's top order crumbled under the pressure of having to score at a high rate, knowing the dew factor could aid New Zealand in the chase. The Kiwi pacers and spinners did their job to perfection to restrict the Indians to 110/7 in 20 overs and the batsmen did the rest thereafter.

India had a new opening pair for the match as Ishan Kishan was drafted into the playing XI in place of Suryakumar Yadav, who was left out due to back spasms. Kishan walked out alongside KL Rahul and it looked like a good move, given Rohit Sharma's poor record against Trent Boult and his problems with left-arm pacers bringing the ball in to him.

It was a tentative start yet again as the duo of Boult and Tim Southee were on the money with their respective first overs. Kishan was dismissed by Boult for 4 as he looked to work one on the leg side, caught near the deep square leg boundary by Daryl Mitchell. Mitchell Santner was introduced in the powerplay as Rohit Sharma joined KL Rahul in the middle. After playing out Santner's over carefully, Rohit got stuck into Adam Milne in the next over, hitting a boundary and a six off consecutive deliveries to give India some momentum.

KL Rahul got a streaky boundary off Southee to begin the next over but he departed for 18 thereafter as India were reduced to 35/2 inside the powerplay.

Leg-spinner Ish Sodhi was introduced into the attack and he dealt India two major blows by removing Rohit Sharma (14) and Virat Kohli (9) in quick succession. Both batsmen perished while looking to score quickly. Rishabh Pant (12) and Hardik Pandya (23) tried their best to give some push to the innings but they too perished in the face of some really disciplined bowling by the Kiwis.

Ravindra Jadeja played some handsome shots to remain unbeaten on 26 and helped India get past the 100-run mark.

The Indian bowlers had almost nothing to play with but Jasprit Bumrah raised some hopes by sending back Martin Guptill for 20. Daryl Mitchell and Kane Williamson ensured the chase remained on track as they took heavy toll on India's bowling. Mitchell hit three sixes and four boundaries but couldn't stay till the end as he was dismissed for 49 by Bumrah.

Williamson remained unbeaten on 33 to guide his team to a much needed victory with 33 balls to spare.

India's chances of making the semi-finals now hang by a thread as they would have to rely on Afghanistan beating New Zealand and then win their remaining matches against the Afghans, Namibia and Scotland by huge margins to somehow try and squeeze into the last four.

Ish Sodhi was adjudged 'Player of the Match' for figures of 2/17. Trent Boult picked up three wickets for New Zealand.

Ish Sodhi
Get the latest updates on SA vs IND 2021-22, check out the Schedule and Live Score . Like us on Facebook or follow us on Twitter for more sports updates. You can also download the NDTV Cricket app for Android or iOS.