T20 World Cup, India vs Pakistan: Virat Kohli made it clear that Hardik Pandya is very much part of the scheme of things as a finisher. 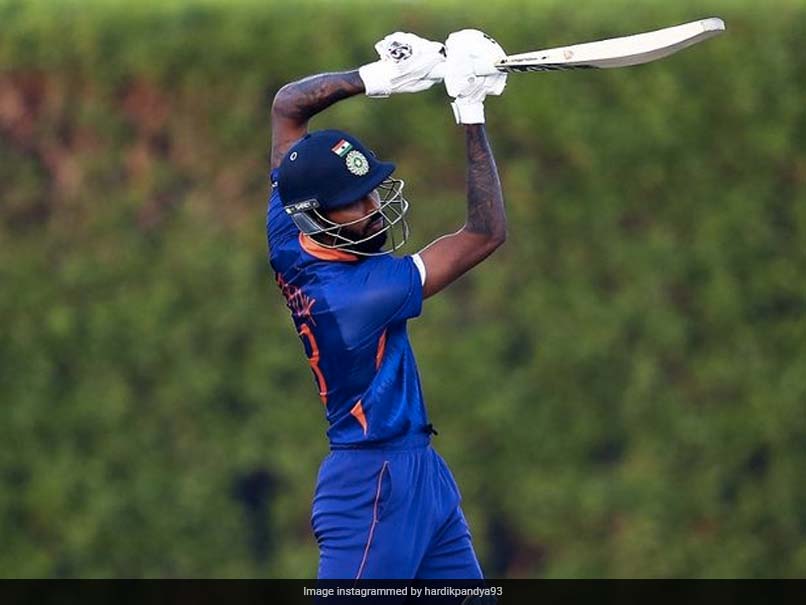 As India get ready to take on arch-rivals Pakistan in a crunch T20 World Cup encounter in Dubai, question marks loom over what kind of a team combination Virat Kohli will go in with for the match. Hardik Pandya's selection in the squad has been under tremendous scrutiny as the all-rounder has not bowled for a while, but a day before the team's opening match in the tournament, Kohli made it clear that Pandya is very much part of the scheme of things as a finisher.

"What he brings at that No. 6 spot is something that you just can't create overnight, and hence I was always in favour of backing him in Australia as a backer purely, and we saw what he did in the T20 series and how he can take the game away from the opposition when he's in full flow," Kohli said.

Responding to a question on when Pandya will be able to start bowling, Kohli said that the all-rounder's "physical condition" is improving and he could contribute with a couple of overs soon.

"Honestly I feel that Hardik presently with his physical condition is getting better in terms of being prepared to bowl at least two overs for us at a certain stage in this tournament, and we believe, we strongly think that we can make the most of the opportunity that we have at hand until the time he starts bowling. We have considered a couple other options to chip in for an over or two. So we are not bothered about that at all," he added.

Pandya has played as a pure finisher for India in the format in the past and Kohli said that the team management understands the value that he brings to the team with his big-hitting ability.

"These things from a discussion point of view seem very interesting that if he doesn't bowl will he be left out, but we understand the value he brings to the team as the No. 6 batter, and in world cricket if you look around, there are specialists who do that job, and it's very important to have that guy, especially in T20 cricket, who can play and impact innings of that stage. Even when the chips are down, he's someone who can play a long innings playing in that way.

"For us that is way more valuable than forcing him to do something that he's not ready for at the moment, but he's motivated and he's very keen to start giving us a couple of overs, and when that happens, obviously the balance becomes even better, but we are pretty confident how we are heading into the start of this tournament," Kohli signed off.

Hardik Pandya ICC T20 World Cup 2021 Cricket
Get the latest updates on IND vs NZ 2021, check out the Schedule and Live Score . Like us on Facebook or follow us on Twitter for more sports updates. You can also download the NDTV Cricket app for Android or iOS.