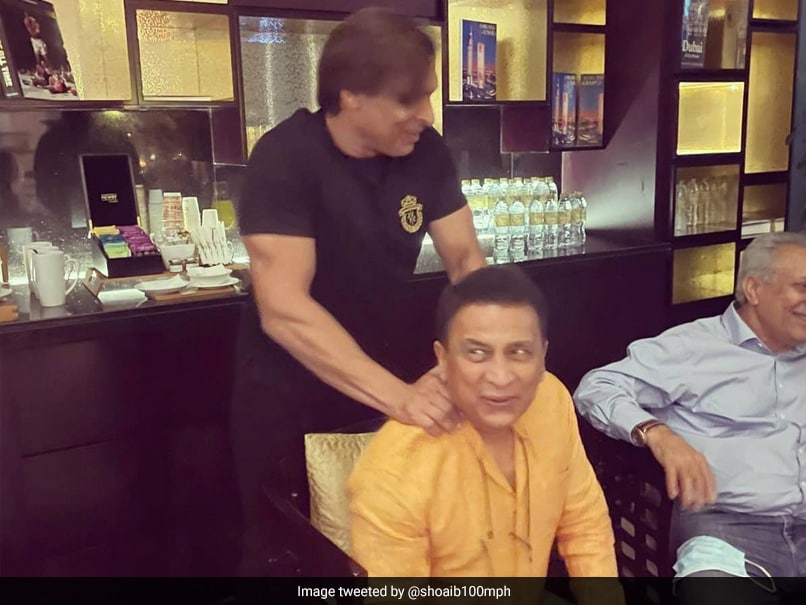 Former Pakistan fast bowler Shoaib Akhtar shared pictures of him "chilling" with legends of the game from India as well as Pakistan. The photos featured India's 1983 World Cup-winning captain Kapil Dev, batting great Sunil Gavaskar and former Pakistan opener Zaheer Abbas. The cricketing greats got together ahead of the much-anticipated India-Pakistan clash scheduled for October 24 at the Dubai International Stadium. In the caption he wrote, "Chilling with the best of the best. The great Zaheer Abbas, Sunil Gavaskar & Kapil Dev. All set for the cricket ka maha muqabla. #Pakistan #India #WorldCup."

This will be the first time that both teams will play against one another after India defeated Pakistan in the CWC 2019 in England and Wales.

Both countries have won the T20 WC once since its inception in 2007. India had won the inaugural edition by defeating Pakistan in the final.

However, Pakistan roared back two years later when they bagged the title in England.

There is little to separate the two teams in the ICC T20 Rankings. While India occupy second spot with 266 points, Pakistan are placed third with 261. England currently top the standings with 278 points.

Babar Azam will lead a well-balanced Pakistan side, who are expected to deliver having played most of their cricket in the UAE in the previous decade.

India, on the other hand, will be delighted to have MS Dhoni as their mentor alongside skipper Virat Kohli. Dhoni is coming off from another title-winning campaign in the Indian Premier League (IPL) and will be a valuable asset to the side.

Sunil Gavaskar ICC T20 World Cup 2021 Cricket
Get the latest updates on SA vs IND 2021-22, check out the Schedule and Live Score . Like us on Facebook or follow us on Twitter for more sports updates. You can also download the NDTV Cricket app for Android or iOS.