T20 World Cup 2021 Final: Finalists New Zealand and Australia have played some thrilling T20I matches in the past. 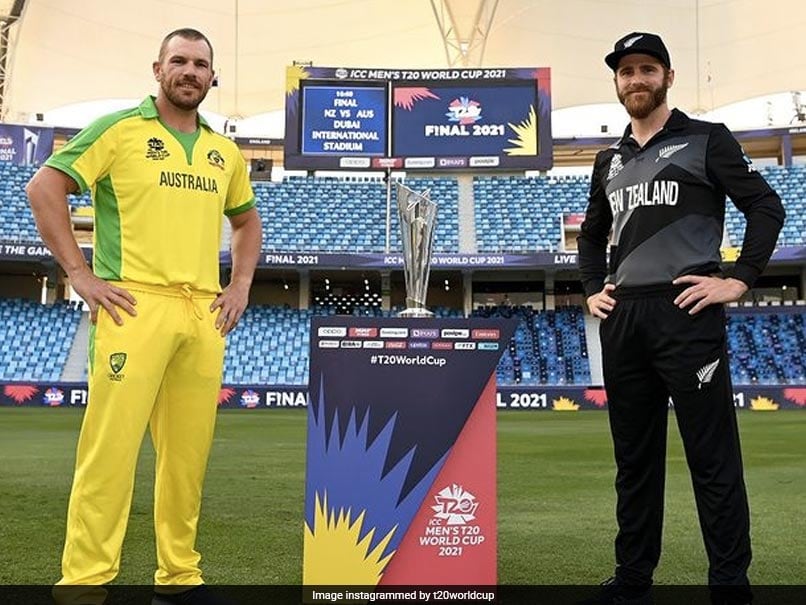 New Zealand and Australia will face each other in the much-awaited finale of the 2021 T20 World Cup in a bid to grab their first world title in this format in international cricket. The two finalists found a way to win their tight semis-final matches and will be eager to put on a show at Dubai International Stadium on Sunday. New Zealand were the first to book a place in the final after they defeated England by five wickets. Australia, on the other hand, won against Pakistan by the same margin in the second semi-final.

With confident wins in their respective last games, both teams can be expected to come out all guns blazing and have the upper hand early in the final.

Looking at previous encounters between the two sides in the format, cricket fans can certainly expect a cracker of a match.

Out of the 14 matches contested between the two sides, nine have been won by the Aaron Finch-led side while New Zealand have been on the winning side only four times. One match ended in a tie. Skipper Kane Williamson will aim to reduce that gap and win his second title of the season, having won the World Test Championship (WTC) after beating India in the final earlier this year.

Australia have been the more dominant side in recent history, having won all the last four clashes. The last time New Zealand won a T20I against Australia was in Dharamsala in the 2016 edition of the T20 World Cup staged in India.

Kane Williamson ICC T20 World Cup 2021 New Zealand vs Australia, Final Cricket
Get the latest updates on ICC T20 Worldcup 2022, check out the Schedule and Live Score. Like us on Facebook or follow us on Twitter for more sports updates. You can also download the NDTV Cricket app for Android or iOS.