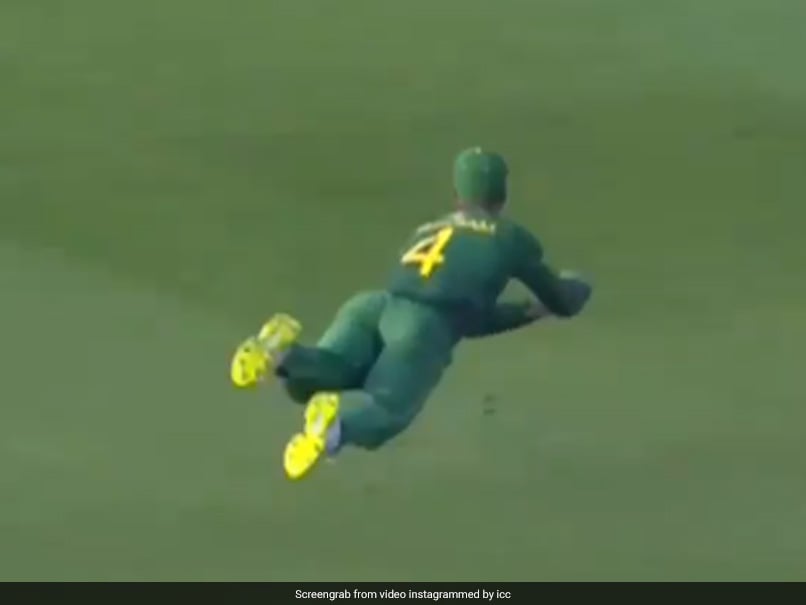 Steve Smith failed to reach his half-century on Saturday after a stunning catch from Aiden Markram sent the Australian batter back to the pavilion. Smith's dismissal occurred in the fifth delivery of the 15th over during his side's chase in the first match of the Super 12 stage of the ongoing T20 World Cup. Facing a short length delivery from Anrich Nortje, Smith attempted to manufacture a pull shot but toe ended it towards wide long-on where Markram took a brilliant diving catch. The Delhi Capitals (DC) batsman played a knock of 35 runs off 34 deliveries. ICC posted the highlight on social media and captioned it as, "Air Markram! A superb catch sends Steve Smith back to the dugout at 35."

Despite Smith failing to reach his fifty, Australia reached 121 for five in 19.4 overs and won by five wickets against The Proteas.

Despite the win, the Aussies will still need to improve their batting with skipper Finch dismissed for a five-ball duck. Meanwhile, opener David Warner couldn't find any form once again and could muster only 14 off 15 balls.

Steven Smith ICC T20 World Cup 2021 Australia vs South Africa, Super 12 - Match 13 Cricket Social
Get the latest updates on Fifa Worldcup 2022 and check out  Fifa World Cup Schedule, Stats and Live Cricket Score. Like us on Facebook or follow us on Twitter for more sports updates. You can also download the NDTV Cricket app for Android or iOS.